That’s a very popular question, I’ve found, among the people of Asia. It is like a badge of courage to pay a visit to many of the closely grouped countries.

There is a lot of hometown pride there, and I think I can appreciate that. (ahem, note the title of my blog fercrimenysakes)

As mentioned, my purpose for traveling to Singapore was to meet with a very large supplier who works almost like an aggregator. On this trip I was to meet individually with the representatives of fourteen different Asian countries and companies.

Without fail, after introduction, one of the first questions I was asked was “So, have you ever visited my country?”

Since this was not only my first trip to Asia, but my first international trip ever, the answer was always going to be no.

I felt that simply saying no straight out is a conversation stopper. Instead of saying no, I tried to find some way to create a common bond to keep the flow going.

So, for example, when the two ladies visiting from Malaysia asked me if I’d ever visited their country, I replied “No, but my brother lives in Kuala Lumpur.”

“Oh!” they replied, and suddenly we had some basis for common ground.

When asked by the gentlemen from Japan, I replied, “I have not, but my husband has spent some time there and found it to be just beautiful.”

“Oh? Yes!” they replied and we spoke of Tokyo and snow monkeys and moved with ease into business.

But there were two instances of this conversation that really stick with me, now some two weeks hence.

First was the conversation I had with the two gentlemen from Pakistan. We spoke, carefully at first, and later without hesitation, about the many troubles the country of Pakistan is facing and the challenges this causes us doing business together.

One of the two men had gone to university in Australia, so he’d spent time in the Western world and got the chance to step back and see his country with different eyes.

“Do you think you would ever visit my country?” he asked, then said, “It’s very beautiful.”

I smiled and said, “I would like very much to see your country.” Then I looked him square in the eye. “Let me be very candid. Do you think it would be safe for me to make a visit?”

He paused, tried to smile, but a sadness washed over his face.

“I’m sorry to say this, but right now probably isn’t a good time. It’s very difficult for Westerners and especially Americans. I have a hard enough time explaining to my children why these people who do things I don’t understand make it so that I can only go to work and then go home. We never go out because any event like sports or a concert are just too dangerous.”

We were quiet for a moment.

I felt his sadness and I cannot even begin to imagine what that must be like. I really would like to visit Pakistan, to see the beautiful country he described. I often wonder if that could ever happen in my lifetime.

I sat at a table with three men from South Korea. One an older man, probably in his 50’s with very limited English skills. The other two were young, probably in their mid to late 20’s with full K-pop hair and dark rimmed glasses.

They were a funny trio, much like a dad and his two kids. One young man spoke pretty good English and he became the spokesperson.

“Have you ever been to my country?” he asked.

I smiled, and stopped to think if I knew anyone among my friends or family who had visited South Korea.

He was in the Air Force and is a veteran of the Korean War.

Well, I didn’t say that to these men as talk of war, even among allies, isn’t always the best fodder for conversation.

But this fact hit bottom in my soul. I realized…What a difference a generation makes.

It took me a moment to regain my mojo. I smiled and said “No, but my plane will stop at the Incheon Airport on the way home.”

“You know, that airport isn’t actually in Incheon,” the young man said.

“Oh?” I replied. “That’s like San Francisco. The airport is actually some distance away.”

“I’d like very much to visit San Francisco” he said, and we were back on track.

But I can’t stop replaying that conversation in my memory.

Every one of the fourteen face-to-face meetings I had was deeply powerful and incredibly worthwhile.

Each group expressed their gratitude that I had traveled such a long distance in order to meet with them.

It was good for me personally, too.

Those fourteen conversations held on the 21st floor of a towering highrise on a sweltering Spring day in Singapore left a lasting impression on my soul.

I look at the world a little differently now.

All that learning to be had just on the other side of a passport stamp.
.
.
.
To my credit, I didn’t ask a single person “So, have you ever visited New Mexico?”

I thought about it, though. 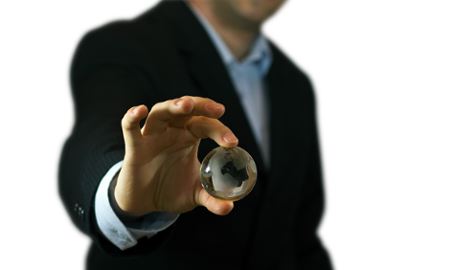 Bending Nature to Our Will

So if you were to, say, go to Google Images and put in the word “square” you’ll end up with a screen full of images of this: 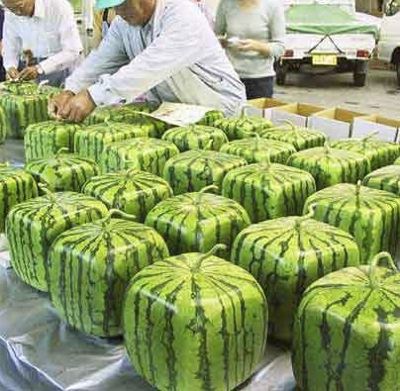 Why, you might ask? Well. The story goes that in Japan (you knew this had to be from Japan, right?) they don’t have much retail space in grocery stores. It’s hard to stock round or oblong watermelons because they are tough to stack and take up a lot of room.

Use a little ingenuity and bring on the square watermelon! Easy to stack, easy to store.

Making the melons square is fairly easy, just put the fruit in a box as it grows, the same way they get a pear in a bottle of brandy. 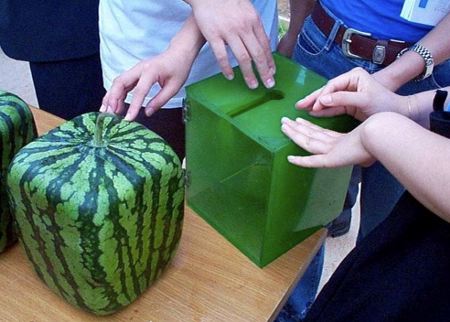 Why am I nattering on about square watermelons? Because today’s Theme Thursday just happens to be “square”, of course!


Photos from all over the web, but these both come from Financial Hack.