Back In The Swing of Things

Back In The Swing of Things

So, I’m back in the office after a week in Costa Rica. UK Boss is in country. The pace is back to normal. Whatever that means.

Today I sat down with the boss for a much needed, long over due one-to-one session.

It was about halfway through our hour chat that Boss Man said the words that chilled my soul.

“Right, so I just got the schedule for annual reviews. You’ll need to communicate dates to your staff. Self assessments are due by mid-June.”

Just like that. That’s all he said. Easy, breezy and calm.

Meanwhile, the sound of screeching demons and terror howls echoed in my mind.

I’ve been doing this manager gig for most of a decade, and still, performance reviews are the hardest thing I have to do every year.

Mainly because I don’t just blow them off and write canned phrases. I actually put in a lot of work on my performance reviews for my team.

I give performance reviews the way I wish they were done for me.

It’s hard work. Add to that, since I am a middle of the pack manager and not the big boss, I don’t get the set the raises and bonuses. I give input on my team but someone else makes the budget.

So I get to convey raises and bonuses that someone else has decided.

And they so rarely match what my employees deserve.

So I have to write a performance review to match the budget and not the actual performance of the employee.

Often, this can be the least gratifying thing I do all year.

That said, performance reviews are one of the things that separate the wheat from the chaff, the men from the mice, the mangers from the dilettantes.

Writing and delivering a meaningful performance review is what makes me a better manager. I think.

Oh, and in other news, my boss attended some up with people type of training class last week. I said to him “Hey boss, I’m having a problem with this risk assessment.”

“No Karen, as I just learned in my training, there are no problems, only opportunities.”

The fact that I didn’t take that opportunity to kick him in the shins shows the power of my personal and professional growth over the last year.

I’m sure that will show up as a positive on my performance review this year. 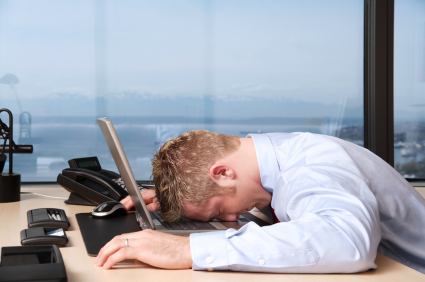