One Arrow, One Potential Fire, One Odd Day

One Arrow, One Potential Fire, One Odd Day

So there I was on Tuesday last week minding my own business, doing that tippy-tappy computer thang that office drones do, when suddenly a message came across my email. It was one of those emails from the company PR group that goes out to every single dingle employee on the roster.

It was a short, clipped note that said something like: “…at 10 a.m. this morning, a juvenile was shot with an arrow at the [place that is really near where I work]. The shooter of the arrow has not been found. Local police are investigating and helicopters have been brought in to help locate the shooter.”

Well now there is something you don’t see every day at work. Um, a kid was shot with an arrow and that’s the reason why all the low flying helicopters overhead.

Weird! Thankfully the child wasn’t killed, it went through her leg.

I tried put it out of my mind. I mean, everyone was chattering about it in the halls and break room, speculating what may have happened and why. It’s just not normal.

Then, later in the afternoon, I was in the management staff meeting and strangely enough, the fire alarm went off. We all looked at each other for several beats and then went “ok, well…let’s go” and we all trooped outside.

A local fire engine was on scene quickly and we were standing around outside for about a half an hour. Which says this wasn’t a drill, it was the real thing.

Come to find out that the rooftop air conditioner had shorted out and tripped the alarm. So there is that.

Police, low flying helicopters, ladder truck. All in one day.

This is not another normal Tuesday at anyone’s job, right?

Oh, and I almost hit a wild turkey on my way down from the local hills where our main site is located. Stubborn turkey in the middle of the road was actually the most normal part of my day.

So far today, another Tuesday, seems to be shaping up normally, but I’m wary.

I got my eye on you, Wacky Tuesday! 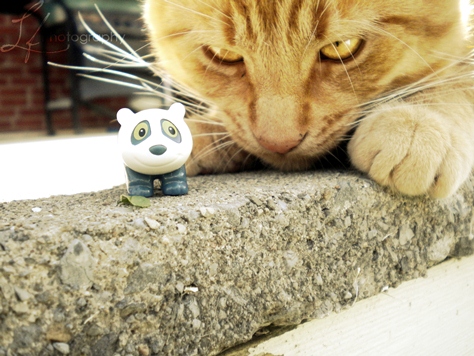 Image from itslacedinsick, found on DeviantArt.com and used under a creative commons.