Back in the day, I used to watch that show Ally McBeal. You know, the one about the skinny neurotic lawyer? The reason I got to thinking about that show lately has to do with my job.

I’ve been in the middle of frying pan and also the fire here at work. There is a LOT going on; notably a project that fell off the rails and I’ve had to step in to clean it up. Always fun cleaning up someone else’s mess….

What I used to dig about that show were scenes that showed the John Cage character, played by Peter MacNicol, standing in his office or the restroom trying to summon up his theme song. This was usually before a big case or a meeting where he needed courage. Or a date. The theme song changed depending on the situation.

Yesterday I stood in front of the mirror in the bathroom trying to summon up such courage. I’d been running late to the meeting, then the conference room my boss booked was too small, so I hoofed chairs from every other conference room so all the execs could have a place for their tushy.

Before we got started, I took a break to the ladies room to quite literally wipe the sweat off my brow, take a breath, and get my game face on. I knew I was going to be the only person from my company who would be a bit fierce with our under performing supplier. My boss told me straight up he is non-confrontational, and so in these cases, I have to do it. Which is fine by me, it just takes a certain frame of mind.

I needed a theme song to summon the courage, but seems the music half of my brain was failing me.

So this morning in a quieter frame of mind, I got to thinking…what is my own personal theme song?

For those times where I got to go in agro, usually the song I pull up is “Headstrong” by Trapt. The hard baseline helps, and shouting the lyrics aloud in the car on the way to a meeting is quite liberating.

They go something like “backoff I’ll take you on/headstrong to take on anyone/I know that you are wrong/and this is not where you belong.”

Yeah. Then I go in all “rawr!” and ready to take on the world.

On the days when I’m feeling like there is a black cloud hanging over my head (more days than I’d care to admit) my theme song tends to flow toward Stormy Monday by T-Bone Walker.

“They call it stormy Monday, but Tuesday’s just as bad/Wednesday’s worse, and Thursday’s also sad”

Back in the day when I used to have a really, really terrible boss (about five years back) and every day was a grind just to survive his insanity, I used to sing the lyrics to Fighter by Christina Aguilera (who I don’t usually like, but that song worked for me.) It was good to turn my adversity into gratitude.

Then of course, during those good times when I’m thinking about The Good Man, it’s all about Johnny Rodriguez.

Just puts a smile on my face thinking about it.

But for now, no time to be squishy. I’m at work. Back to Trapt.

Do you have a go-to theme song? 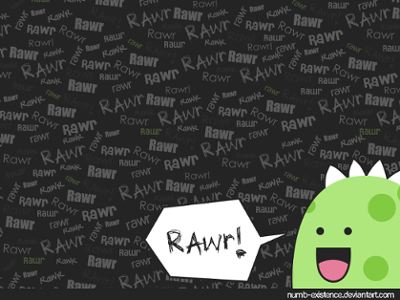