The Results Are In

The Results Are In

And at work, that annual tradition known as performance reviews.

Now, I hate performance reviews. I know we have to. It’s a whole human resources thang. I get it. But I hate them. I hate giving them. I hate receiving mine. I just hate the whole process.

I got them done for my staff a couple weeks back. Got them done without incident, which was nice. It helped I had some new folks that were too new to review, so I was able to struggle through the few I had and get them completed.

My Lady Boss, on the other hand, has an inordinate amount of employees so it’s taken her longer. Yesterday was the last day to get ’em done, and we squeaked it in under the wire.

As usual, I walked in knowing I worked my arse off this year, and yet was scared. This happens every year. I somehow always think there’s something I’m missing. Something I failed to do. Something I did wrong and didn’t know it. So with shaking legs I sat down and took my medicine.

Like usual, it was fine. She had many nice things to say. My Lady Boss is fairly new to the department and I still don’t quite have a read on her, but now I got my report card. Now I know the teacher thinks I’m doing ok. (The best compliment was regarding the kick ass job my team did this year. They did all the work and it’s not fair I get the credit, but I’m proud as hell of each and every one of them.)

She had a couple items for “development” that were spot on, and I appreciate her feedback. She then would up the review by reminding me that in 2008 I shouldn’t argue so vocally and vehemently with (her boss) my Vice President. (I actually did this. I was angry. It was deserved. I don’t regret it. But her point was well taken. I *could* have presented my case a bit better…..)

Ever forward, back into battle. 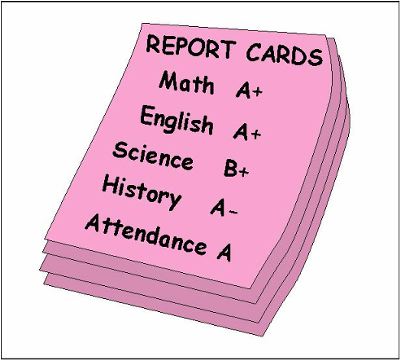