So when I wandered over the fun Theme Thursday page, I noted that this week’s theme word is: Cloud

Whenever I get the weekly word, I always take a moment to sit back and think about it. What are the first impressions that come to mind? What hits first?

So I did that this week. Cloud…cloud…what does that say to me….?

First thought: Freaking cloud! “In the Cloud” and “Cloud computing” and “it’s all about the cloud.”

I haaaaaaate the ubiquitous use of the word “cloud” in today’s technical jargon.

Once upon a time they called it hosted software. And then they called it application service provider or the more hip ASP. Back in the really golden old days they called it a Key Server. Even older than that was the not-very-PC term “dumb terminals”.

It’s all essentially the same.

I think “the cloud” is a dumb topic. Damnit, it’s not new and it’s not anywhere near as cool as the marketing would have you believe.

Here’s what those cloud providers want you to do….they want you to save nothing on your own local machine. They want you to put every single dingle bit of your information on their servers. All of it. All your letters to gramma. All of your negative balance bank statements. Your high school diploma. That email to your doctor about the funny bump on your rump. ALL OF IT.

And in return they promise, cross my heart and hope to die, that they’ll keep ALL of your data safe, tidy and secure.

Here’s where my skepticism comes in. I’ve worked in data centers. I’ve been a part of some of the most sophisticated and well regarded data centers in the world. And you know what? Sh%t happens.

Here’s a real world example: Very big data center in a very well regarded Fortune 50 company. My team had racked and stacked a large number of servers and storage devices. We were providing a for pay service to our customers with extraordinarily high expectations and high SLA’s.

Some of the best and brightest database admins, network managers, technical support, and engineering minds maintained this environment to very tiny tolerances.

One evening, the cleaning crew was doing their work in the data center and they plugged their vacuum into the power strip carrying the very, very delicate power balance for that entire row.

And they blew the circuit.

Now, we’d engineered the environment to fail over, and it did….but it was about a week to get all of those servers and storage devices brought back up, data restored and back to running in the production environment.

I suggested we put baby proof socket covers on the power strips, and my suggestion was immediately adopted.

Then there was the time the maintenance crew pushed a cart down the aisle and knocked the Ethernet cable out of every machine at about three feet high level. It took us a LONG time to sort out what happened there.

And then one New Year’s Eve, a new security guard opened a wrong door and set off the alarm. In his haste to shut off the alarm, he hit a button by the door. The button was marked EPO. So he pushed it hard.

EPO means “emergency power off” used in the case of something catastrophic. An alarmed door is not catastrophic. The entire data center went dark and knocked a several million dollar a day online store to go off the air.

My point? If you entrust the cloud, back up your data locally. There are a million yabos in the world who can mess things up, even in the best of circumstances. 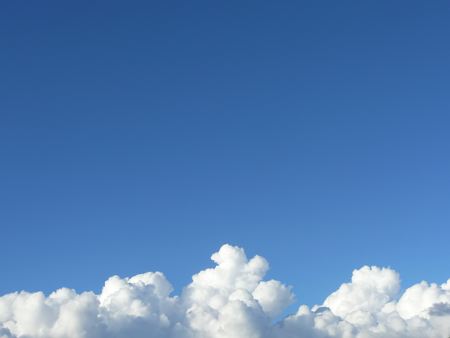 Down with the cloud!

Photo by username joegus74 and used royalty free from stock.xchng.