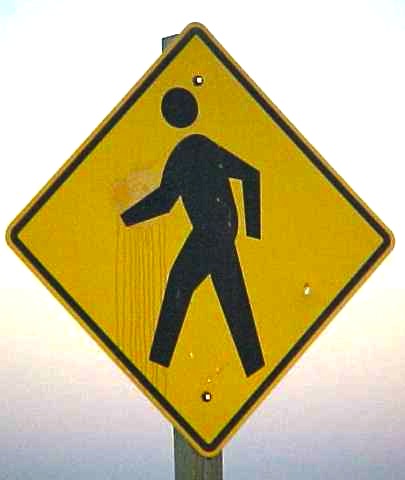 The funny thing is, when your tooth hurts, nothing else really matters.

The sun could be shining, birds chirping and a thousand dollars in cash just lying there on the sidewalk begging you to take it, but none of that matters.

When your tooth hurts, there is just bleak darkness and anger and frowns. Lots and lots of frowns.

A little over a week ago I was having The Worst Friday Ever and during that day I managed to break a tooth. It didn’t hurt but it needed to be fixed.

Monday was fixin’ day. I spent two and a half hours in a dentist’s chair with two people in my mouth doing barbaric and vile things to the tooth way at the very back of my jaw.

You know that moment when the dentist is drilling your tooth and you smell smoke? Tooth smoke? Yeah. There was an awful lot of tooth smoke in that room on Monday.

Also, you see, here’s something you should know about me. I’m a sensitive little flower. I can’t take a full dose of over the counter cold medicine because it will knock me out. I take one quarter of a 25mg blood pressure pill. 25mg is the smallest size they make and I have to half it and then half it again. I can’t drink a cup of regular coffee or it will give me a migraine. The small amount of caffeine in a cup of decaf will actually wind me up.

When the dentist gives a normal person Novocain, they add a drop of epinephrine, a hard core stimulant. The epi helps the medicine act fast, be more effective and last longer. I cannot tolerate the epinephrine. At all. So I have to have more shots that don’t work that effectively. Then halfway through the procedure, I have to have more shots. And then there is a point where I am asked to simply gut it out.

But I have been seeing this same dentist for nigh on sixteen years and he knows I’m a fruit cake and I know he’s a good doctor and he’s about the only person I would allow to do such mean things to my nice little teeth.

So I survived the two and a half hour ordeal and was near catatonic for the rest of the day. Yesterday I went to the office and worked a thirteen hour day while blood oozed from the wound and made me nauseous.

And it hurt. When your tooth hurts, nothing else really matters.

I haz a cranky. 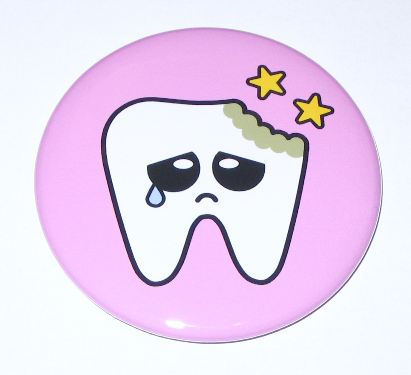