And That’s All She Had to Say About That

And That’s All She Had to Say About That

The scene: Tuesday evening in Opelika, Alabama at a delicious little restaurant called the Warehouse Bistro.

The people: Several of my coworkers, a large group of folks from the supplier we were visiting, and me.

The situation: We’d had a day long business meeting. It had been a full marathon session that was mostly good and occasionally heated. We ended the work day on a good note and headed off for drinks and good eats. We’d all started with a few mixed drinks, then beers and wine bottles were ordered, and delicious food was served. Near the end of the night as the servers cleared dessert plates the whole group was feeling quite convivial, there was a lot of good natured ribbing going back and forth.

I got a fair bit of grief for being from California. Things like “you buncha wine sniffing weirdos” and “You damn Californians!” I’m used to it, I get it back home in New Mexico too, so I know how to hold my own.

At the table were three guys who had driven over to Alabama from Daytona, Florida. It’s about a seven hour drive and they had seen the entire span of Georgia along the way. This one ol’ boy from Florida was the one leading the charge on giving people grief. He was dishing it out pretty hard to everyone at the table. Didn’t matter who you were or where you were from, you were gonna get your share. Even the guy from Australia.

So at one point he was talking about the drive over and saying, “geez, what is it with Georgia? All along the road all we saw were adult shops and fireworks stands. I mean all along I-10 that’s all there was. I couldn’t find a damn McDonalds but I could find all that crazy stuff. There’s gotta be something wrong with Georgia.”

Then he got an evil look in his eye.

He turned to the sweetest, quietest girl in the room who was sitting at the end of the table.

“Hey Cathy*, you’re from Georgia. What’s up with that? I mean, I thought this was the Bible Belt!”

She paused, took a sip of sweet tea, then said, very clearly so all could hear….”That’s because here in Georgia, we’re so good, when we’re done having a little fun we don’t smoke a cigarette, we light off a Roman candle.”

The room was quiet for one, two three beats….then came thunderous applause and laughter.

In the vernacular of our times, that ol’ boy from Florida just got served. In the most quiet, gentle and polite Southern way. 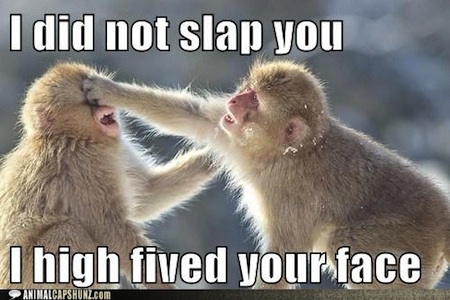 * Not her real name