Over this past weekend, The Good Man and I got together to celebrate a belated Mother’s Day with my in-laws. It’s always nice to have a chance to catch up with family.

The place we chose to eat was a nice hotel with a Sunday buffet brunch and a live jazz trio to add ambiance.

The family all got dressed up and converged on the hotel. The jazz was lovely. The setting sublime. Mimosas were poured. Chatter happened. Then the waiter said “go ahead and get started” and we were off to wander around the wonderland of food.

I have to admit that at first I could only stumble about with an empty plate. I was both surprised and astounded by all the food.

Prime rib and pancakes, sushi and dim sum, a huge table of seafood of all varieties! And that was only the beginning.

One part of me was like “Yeah baby!” I could easily envision myself much like Cookie Monster, shoveling it all in there while grunting “ahm nom nom nom nom!”

But another part of me was almost turned off by the literal piles of food. Good lord! So much food! A first world problem, to be sure.

After walking around in a daze, I finally dove in. I made the conscious decision NOT to lay right down and devour the entire dessert table (it was tempting). Instead I chose only the things I knew for sure I’d like and in small amounts. I had to remind myself that I could return for more if needed. That ol’ demon self-control.

I think the key to a buffet is if you take something you don’t really care for…don’t eat it. Yes, I know for many the idea of wasting food is terrible, but in this scenario, it’s almost necessary.

In the past, I’ve had occasion to think about the “I have to get my money’s worth out of the buffet!” concept. This plagues a lot of people and causes the desire to eat as much as possible. This is fairly common, actually. I’ve personally succumbed to this thought.

To be honest, the cost of the buffet is less about how much one can eat and more about how many choices the establishment is able to provide. It costs money to have enough people to put on a spread like that.

A buffet is certainly a deliciously dangerous place for a food lover like me, but it’s also a boon for a food lover. A buffet provides a huge range of choices that I’d just never get with a traditional sit down and order off the menu type of meal.

It’s all about balance.

At the end of the day, the intent was to be with family, not Cookie Monster the entire meat carving station. Though the thought did cross my mind… 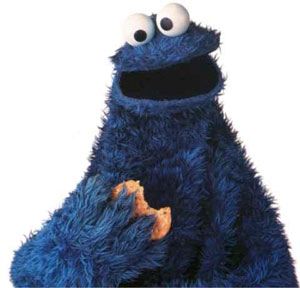