Who Is The Grown Up? Huh?

Who Is The Grown Up? Huh?

So of course, I’m the jerk.

Friday afternoon after a long week at work and dealing with more than the average load of dung, I was ready for the weekend.

The Good Man was working in a town quite a bit farther away and we had plans to have dinner with friends. Because we live in a place that has too damn many people, managing commute time traffic is “a thing”. This means that I eschewed my car and instead got my shoes on. Late Friday afternoon I found myself walking to the nearest BART station about a mile away.

I had been too lazy about getting ready and was up against it in terms of time, so I walked at a pretty fast clip. I was keeping up a good pace so I could catch my train.

Now, sideline comment here, I haaaate when I’m out walking on trails and tracks and as someone approaches from the opposite direction, they don’t get over. So then I’m run off into the weeds in my haste to make room. Me, always me. So few OTHER people make room.

I also hate clueless people who don’t move over on sidewalks. Who stop dead center in front of the door into a business. Who stand in the middle of the aisle at the supermarket. It’s all about lack of awareness of surroundings and lack of caring about what is going on in the world.

So of course, as I walked down a long sidewalk past many shops and restaurants, I was already steaming a bit about the lack of consideration from fellow mankind. I had already been run off of the sidewalk and out into the very busy street by a group of “ladies who lunch” who refused to move from dead center of the sidewalk. By a youngish guy riding his bike on the sidewalk straight at me who wouldn’t move over or into the street. By a guy with two huge dogs who could not have given less of a damn. By a lady with two toddlers who are clearly fine unattended on a very busy sidewalk.

So I was steamed. I just wanted to get to the freaking BART station. And to see my husband.

Finally I found a stretch of clear sidewalk and I kicked in what tiny afterburners I have and picked up my pace.

It was about this time that a pretty little goldilocked girl, aged maybe twelve or thirteen, came toddling out of a building. Her friends followed behind. Clueless, of course. She walked right in front of me then stopped. My big ship does not veer that fast, especially at speed. I tried to avoid her but instead I glanced into her shoulder. As I passed, I said a rather stern “excuse me!!!” and kept walking.

Except…I heard the notebook that she had been carrying under her arm hit the pavement. I’d jolted her so hard she dropped her book. I wanted to keep walking. Screw it! I thought. She had stepped in front of me. Cut me off! Not my fault!

But I realized analysis of any outsider (and certainly her helicopter parents, had they been present) would say that I am the asshole in that situation. I am the jerk. I am the grown up and precious little curly blonde sunshine teenager is the in the right.

Even if I am right, I am wrong. The court of public opinion says “think of the children! It’s all about the children!” even though special snowflake was clueless and in the wrong. Nope, I’m still the wrong one.

So I stopped. I turned around. I saw three little shocked wide eyed little girls with bow lipped mouths registering disdain. I leaned over to pick up her notebook, but one of her friends already got it. I said, “I’m sorry, darlin’, I didn’t mean to run into you. Are you ok?”

She said, “I’m fine.” And I said, “Ok, again, I’m sorry,” and she said “It’s ok” then I turned around and walked off quickly, now later than ever for my train.

As I walked I now felt sheepish and mad in equal parts. Sheepish for slamming into a little girl so hard she dropped her notebook. Mad because what the hell!? Get out of the way!

When I was a kid the world did not revolve around me, but now as a childless by choice adult I have to revolve around other people’s ill mannered kids.

Not something I can solve. Just wanted to air it out. Thanks for the group therapy. 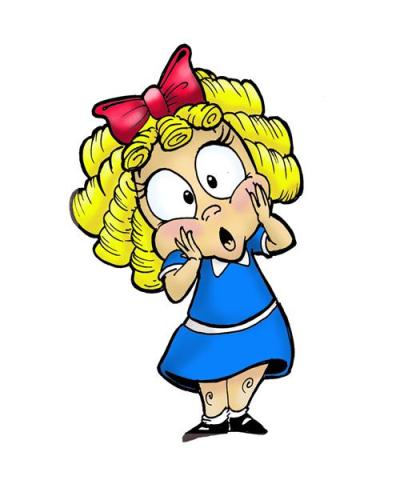