Ok, here’s the thing. I didn’t MEAN to purchase tweenie teeny bopper music. I really didn’t. I swear it!

It all started out innocently enough. I was in my car. It was a bright sunny day. I had the windows rolled down and I was feeling all of my wild oats.

I was at work and driving across town midday to the other building and going to see one of my favorite coworkers and life seemed pretty darn good.

The car radio was tuned to the local popular station and I caught this sort of fun little summertime kind of song with a break in the middle for some Flo Rida.

Now, I love me some Flo Rida. Not ashamed about that.

The song was something about some boy singing about the girl being a “troublemaker” and I thought the Flo Rida break gave it some gravitas.

I found my rear quarters grooving to the beat and a hand tapping the ol’ steering wheel. I smiled a little about all the times some cute boy in my life has called me a troublemaker. The spring-into-summer sun and nice memories worked for me.

Later that day I went home and went to YouTube and watched the super cutie cute Brit boy doing his little thang lip synching to the song. I watched another of his videos and was charmed then went straight to iTunes and bought his whole album.

I fired the thing up and started listening to all fourteen tracks.

Oy vey. That’s when I realized my mistake.

The two songs I’d heard are the best of the album. All the rest are overproduced crap. Bouncy tasteless boy band crappitty crap.

And I bought the whoooole album. Damn.

When I realized I’d simply bought the one boy version of One Direction I was quite embarrassed. Very embarrassed. Shocked, sad, grief, and then I laughed. A lot.

Then I turned on Stevie Ray Vaughan to cleanse my ear canals. That helped me get right.

As my blues friend used to say at the end of the night, “Did you get healed?”

Thanks to a beat up old Fender and the talents of a good Texas boy, I sure did.

Too bad about the electronic copy of the bad stuff. I can’t fling electronic bits out the car window while doing 85 mph on I-25 north out of Las Cruces. You know the place, right near the first rest stop? It’s where I once flung a good portion of an ex-boyfriend’s cassette tape based music collection, just out of spite.

It’s a real fine resting place. I would fly to my fair New Mexico just to get it done. 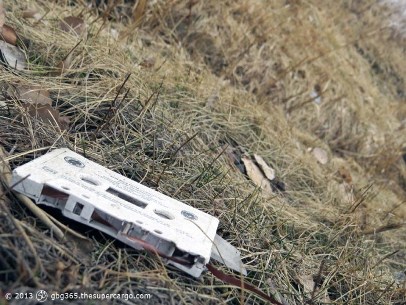