Nothing To See Here

Nothing To See Here

And so as I was perusing my Facebook timeline this morning, idly reading posts while breakfast was consumed, I came across a post from Chile Monster, a good group of folks that I follow.

Contained in their post was a link to an article about a woman who had moved to New Mexico and her first experience dining at Albuquerque restaurant Little Anita’s. She details how over time she learned to love green chile, and now living in Colorado, she found another location of Little Anita’s where she could get her fix.

In the comment section of that article was the following quote:

I have the greatest disdain for it. Green “chili” is disgusting gruel. Chile verde is supposed to be made from tomatillos.

When I read that, I actually jumped a little as though I’d been touched by a live electrical current.

Then I said aloud to my phone in the quiet dark of my living room, “Whaaat the f*****k?”

It was at this point that I laughed. This had to be a joke. The Good Man wearies of me raging against tomatillos. In California, green salsa and green enchilada sauce are made solely with tomatillos and thus I avoid them at all costs. Occasionally there are some jalapenos thrown in. All heat and no flavor.

That is, as the internets would say, weak sauce.

Why anyone would prefer tomatillos over green chile is a mystery to me. There is actually room in the world for them both. I believe true chile verde has both, but I won’t quibble with the adamant commenter.

In the aftermath of reading the quote, I went through many of the stages of grief. I was disbelieving. I was angry. I was sad. Then I accepted that one Mr. Diego Raya is entitled to his opinion. And also his utter lack of taste buds.

Then I realized, let Mr. Raya have his silly green tomatoes. Piles and piles of ’em. Let him have the entire watery crop.

Just leaves that much more green chile for me and my people.

Move along Mr. Raya. Nothing to see here. 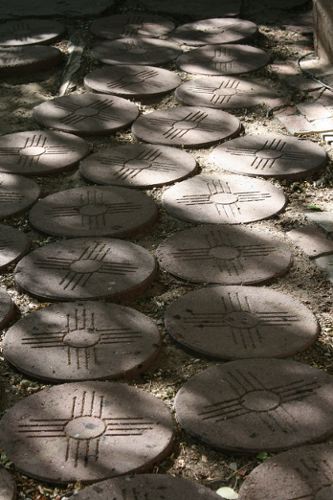 O Fair New Mexico, we love, we love you so…