Which Side of the Pond Are You On?

Which Side of the Pond Are You On?

Yesterday I had to attend an all day meeting with representatives from a fairly large British company. We work very closely with this company, and almost daily I’m on the phone talking to these Brits. I think I’ve spoken about this in quite a few previous posts, but I’m a bit of an Anglophile, so I have a lot of fun with these quirky cats from London.

After our day long business meeting was done, we all went out to a fabulous Italian restaurant in San Francisco to celebrate over good food and good wine.

As we all waded into appetizers and Chianti, the good natured ribbing began all around. The Brit sense of humor works for me and let’s be honest, it’s extraordinarily easy to make fun of the squishy British man.

At one point, I’d brought up a topic which after a long bit of convoluted conversation (you had to be there) landed us on the topic of the Steve Miller Band. Which then caused one especially posh guy (think of a messier and louder Prince William) to start naming off Steve Miller songs.

It went something like this (hear this in a Brit accent as you read):

“Ah, Steve Miller. Yeah, right, Abracadabra, isn’t he? Fly Like an Eagle, sure. And what about Space Cowboy, then? You know, Maurice, wheeet-whoo!”

To which I replied, “So, are you a midnight toker?”

And he took a prim sip of wine and responded “no, I’m a cowboy joker.”

Which caused the rest of the lads to break down in giggles. Then these London boys got down on a riff about cowboys, and how they all fancied themselves to be cowboys.

Well now we’re in my zone, right? I know more than your average person about actual cowboys, so I just sat back in my chair with my own glass of red and stayed quiet while these Brits went off on their version of the American cowboy.

My over active mind started imagining some sort of summit meeting. I imagine my best friend’s back patio for this event. We’d serve good food, and we’d set up a nice long table. Squishy Brit boys sitting down one side, New Mexico cowboys on the other.

Same planet, worlds apart. But not so different, I suspect.

I believe both sides would agree on the importance of beer. They may not agree on the brand, but the concept, hell yes.

They’d both be able to dish up hearty doses of self-effacing humor.

And each would talk with their own particular accent that would make the other say “huh?”

Ay god, what an event that would be. Once everyone got past the awkwardness, I bet it would be one hell of a party.

Or one hell of a fight. Hard to say.

I think I should ring up my best friend and get to work on the party planning.

Or maybe I need to go a little easier on the Chianti next time. 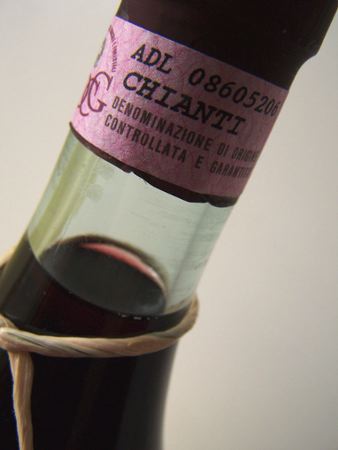 Photo by Raúl Fernández and used royalty free from stock.xchng