The embodiment of one of my worst fears EVER

The embodiment of one of my worst fears EVER

As a kid, we used to go camping a lot. I loved camping, still do. But as my family slept there in the Apache pop up trailer, I was always SCARED TO DEATH of bears. I mean, as a kid in New Mexico, you know bears are out there. You hear about them on the news, the hungry creature who wanders into civilization for some garbage can treats.

And then there’s waking up in the morning to find your campsite trashed….that a bear was THERE while you slept.

The Apache trailer at least offered a bit of safety. The big plastic box and where I slept was at least up off the ground.

Then there are the times I’ve slept in a tent. Now don’t get me wrong, I LOVE LOVE LOVE camping. But I always have those “what if” moments when in a tent.

He was in his tent. He heard a rustling. He shut the tent flap and lay back down. Then he got bit. ON THE BUTT. Through the tent.

Brother man was having a nice campout and got chomped on the arse.

Sleeping in a tent with my face by a thin layer of fabric, I’ve ALWAYS had terror of being bit through the tent by a bear.

Not only this guy lived it, so did a teen near Raton. He felt a poking at the side of the tent and thinking it was one of his family members playing a joke, he slapped at it. The bear took this none too kindly and bit him on the arm.

Waa! Is this skeeve out Karen week!?? First spiny caterpillars and now this!?! I may not sleep right for *days*! 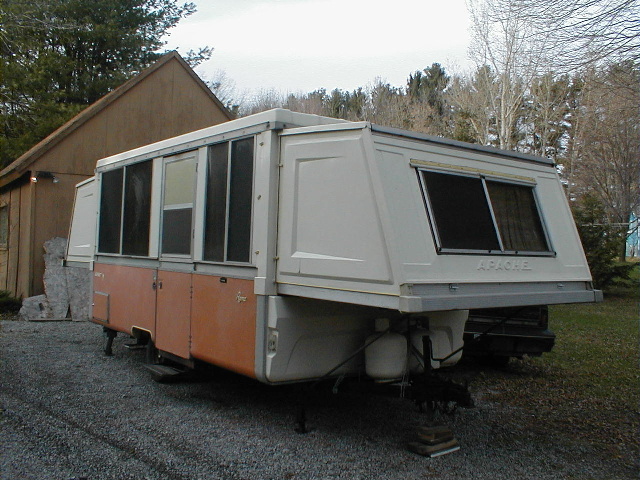