Just because you *can* doesn’t mean you *should*

Just because you *can* doesn’t mean you *should*

That whirring sound you hear is my departed father spinning in his grave as I write this.

Read Albuquerque Tribune columnist Thelma Domenici today regarding when it is appropriate to wear a bolo tie…..

First the Official Cookie and now this? WTF have those legislators been doing since I left my fair state?

So Thelma in her incredibly polite and well worded way says, “…men will need to look at local customs and attire to determine whether a bolo tie would be appropriate.”

My dad eschewed actual ties for years and my mom couldn’t GET him to wrap a strip of fabric around his neck. Nope, it was bolo ties only for him. For years. He was an engineer. That means a short sleeved white button shirt, bolo tie and pocket protector (I’m not making this up, I swear I wish I was).

He had quite the collection. I have many of them now. If only to keep someone else (like my brother…also an engineer) from donning them….

I know, I know…it’s a Southwest thang. But it just smacks of seventies Urban Cowboy trying too hard. I know there are some beautifully handcrafted bolo ties out there that are more like art than a string tie…but still.

Unless you are headed out to an Engineers Retiree’s Banquet…the answer is…no.

To borrow from Thelma’s catchphrase…not looking like a dork never goes out of style…. 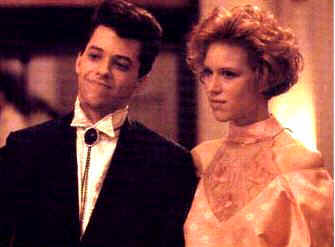