Semantics, what a kick!

Semantics, what a kick!

I am quite the fan of words and language, and so it’s no surprise that while traversing the interwebs yesterday, I was drawn to an article talking about an affinity (or lack thereof) for certain words.

It’s not very interesting to know that love is picked most often as a favorite and hate picked as least favored.

But it’s the words that come in next on the list that were really fascinating to me.

Evidently, there is a good portion of the world that have a real problem with the word moist, devoting Facebook pages and blogs to the hatred of this word.

I’m ok with moist. It doesn’t have a bad connotation for me. I also like to use the made-up derivation moisty when referring to something that has a moist quality. Like, those damp Swiffer cloths. Those are “the moisty-kind Swiffers” (an abomination of the English language, I don’t deny).

Another disfavored word on the list is panties, and I’ll admit, I’m not a fan either. It is probably because the word is most often used by guys, and said with a letch quality to it. Skeeving me out doesn’t make me like a word so much.

However, I LOVE the word chones for the same article of clothing.

Yes, I own my Spanglish. I’m a New Mexican, it’s our state language. (Look no further than the “Toss No Mas” ad campaign!)

Also, people seem not to like the word ointment. I like it. Gotta say it with heavy emphasis on the “oi” part, though, and make a funny face while you do it. Makes the word fun!

But! I *much* prefer unguent (also said with a face). Man, that’s a great word. Salve is not bad either.

Some of the words on the hated list, like vomit, are more about the connotation of the word and not the word itself. Vomit can be fun to say! But no so much fun to do. So I guess I get why people don’t like it. I think the word itself gets a bad rap.

And one person notes her least fave word is vigil, which, must be a weird one-person thing, because I don’t get it.

I tried to think about what is my own least favorite word and nothing came immediately to mind. I can pretty much find something redeemable in most words.

While taking a walk, I realized that the words that make me wince are usually the made up and overused business-speak like mindshare and synergy.

Right now my least favorite word has to be optics. Not the word itself, but how it’s used at my job. It is put in place of “how it looks”. So, for example, if a supplier hands you the keys to a brand new Porche, even if it’s only to go for a fun spin around the parking lot, the optics of the situation are bad.

I was told, after one of my employees messed something up and the complaint went all the way to the VP, “yeah, the optics aren’t good on this situation.”

It’s sort of a way to make something sound scientific and serious…when it’s NOT.

Favorite words? Onomatopoeias (words that sound like what they mean). Squelch!! Boom! Bap!

Delicious bon mots for the day!

Oh, and simpatico. LOVE that word! 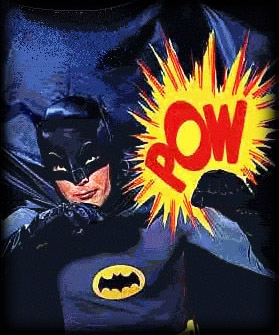