Not the sharpest tool in the shed

Not the sharpest tool in the shed

You know, I’ve been working here in the Imperial Tower of Doom for just under a year.

And about two weeks ago, I realized something.

Something you think I would have caught onto sooner, but didn’t.

I work in a trapezoid.

For those geometrically challenged like me, this is a trapezoid: 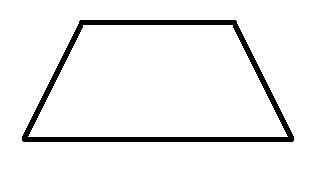 Or, to be very geometric and correct, this is an isosceles trapezoid, which is what my building is.

Isosceles. And a trapezoid.

I don’t know why, but I think that’s weird.

Weirder still is that it took me this long to figure it out. I always wondered why the conference rooms were so oddly shaped with lots of narrow, unusable space.

And yet, from the outside, you wouldn’t immediately “get” that it’s a trapezoid. 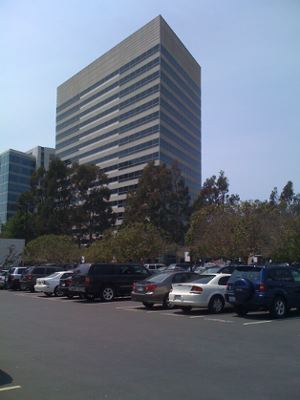 (note, this photo was taken on a rare clear day. One would think the weather is actually *nice* here with no swirling gray clouds. One would be wrong.)

It was only recently while waiting on the impossibly slow elevators that I got to inspecting the fire escape route sign (properly posted by the elevators) and as I followed the little red line, I really internalized the outline of the building and thought, “hey…trapezoid!”

This can’t be good for my chi, right?