For years I have told friends that I am a “freak magnet,” and for years, I’ve had them tell me, “Oh, don’t be silly! Everyone says that.”

Then we go out to a bar or a dance club or a restaurant and sure enough, the wackiest person in the room will find their way to me like a moth to a flame.

I don’t head out to the bars and clubs much anymore, so I think I’ve grown a little soft in my ability to head off the loo-loos who inevitably end up sitting next to me.

Wednesday this week, I got invited to a “customer appreciation event” associated with my job.

It was a HUGE event with piles of free food, an endless flow of free booze and lots and lots of live musical entertainment.

I had a few glasses of wine then switched to water about two hours before my anticipated departure time.

At the end of the evening my boss, coworkers and I parted ways at the shuttle busses. The various busses were on different routes to take people back to their hotels and parking in different parts of the city.

Sadly, my route was the most popular, so I stood in a very long line for about forty-five minutes. People were yelling at each other for cutting in line, being snotty and aggressive, and generally at the end of their tether.

I practiced my meditation and art of being calm while I waited my way to the front of the line. Finally I got on a bus and found a seat.

And here’s where my magnetic personality comes in.

The drunkest, largest male human I may have ever encountered stumbled his way onto the shuttle, looked over his seating opportunities, and flung himself into the seat next to me.

Hey, fine. I’m down with that. It will make for a quiet ride.

Oh nooo. That would be too easy.

As the bus jerked to a start, The Mountain next to me woke up and began making those burping, choking sounds.

He looked at me somberly and nodded.

“THEN GET OFF THE BUS!” I hollered.

Well. He was at that stage of drunk where all your bones have gone gelatinous, and was unable to stand. Or move. Or do much of anything other than….

He at least had the grace to vomit toward the aisle and not on me.

However…this is where I lost my mind.

I’d been up for a 7am meeting, working hard all day, celebrating heavily all night, and at 1:00 in the morning, wedged in at the window seat next to a vomit breathing dragon, I’d lost my sense of humor.

“Somebody help me! This guy is throwing up!” I yelled to my fellow travelers.

I heard someone go “Ew.” But that was all.

So I tried again, “Help me! Please! This guy needs to get off the bus! He’s throwing up all over the place!”

The bus driver walked down the aisle, saw the guy throwing up, make a “yuck” face and turned around and went back to the front of the bus.

“Are you serious?!? You aren’t going to help me!?!” I yelled at his retreating back.

So I ratcheted up my freak out and began yelling with renewed energy.

Finally, the guy who appeared to be the friend of Captain Puke came over and in the most condescending way possible asked, “Are you ok?”

“Do you want out of that seat?”

So he grabbed my arm and tugged and I pushed off with my legs and we sort of drag vaulted me over the top of the now passed out guy.

An incredible gentleman in the back of the bus stood up and told me that back home in Chicago he commutes to work every day on a bus, and was used to standing. He gave up his seat for me. I thanked him profusely.

When we finally arrived at our destination, as we exited the chartered shuttle bus, we all filed past Barf Boy. He was still passed out in the seat, vomit all down his front.

His friend…the guy that told me what a “good guy” his friend was as he dragged me out of the seat?

He left the unconscious man on the bus.

What a talent I have, attracting the elite of the world to sit next to me. 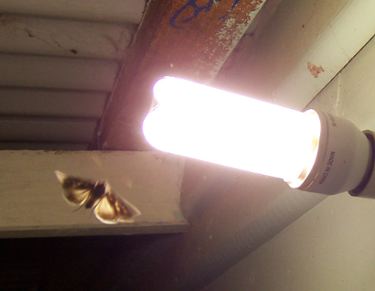