Today on my regular noontime walk, my walking partner told me a story that I decided I needed to share.

I’m going to tell you this story using the first person voice, as though my friend were telling this story directly to you. I think that point of view lends itself to the events of this story.

“So on Friday while you were in all of those vendor meetings, I came out for a walk with Susan (not her real name).

We were about halfway around the pond when we saw this caterpillar, at least I think it was a caterpillar. It wasn’t fuzzy but it was a big fat thing, bright green and its markings made it look like it had a smiley face on its back.

We were so into this caterpillar, he was so cute. Just the sweetest little worm guy!!

We noticed he was right in the middle of the walking path, and with all the foot traffic, we were concerned for his safety. So I used a stick and a leaf and brushed him over into the grass.

Whew, I was so relieved to get him off the path. I felt so proud that I’d saved his little life.

On our next loop around, we looked for the green smiley face and sure enough, he was over in the grass, munching on a nice juicy blade. He looked so happy!!

We were like Yeah! I think if the green guy could have given us a little wormy thumbs up, he would have. It was just the coolest thing!!!

This just made my whole day. My whole week!

So on our next loop around, we got to the same spot, we looked again for our new little green friend, but we didn’t see him. We were both looking off into the grass searching for him. I started to get worried. I wonder where he’d gone off to. I really hoped he was ok.

I turned my head back forward and said to Susan, ‘I hope he didn’t get back on the walking path.’

That’s when I felt a splurt under my shoe.


My friend was so very terribly distraught telling me this story. Hand wringingly upset.

She is very much an animal person. This is the same lady who shouted at the geese to come back in off the road, and they obeyed.

Four days later, after the events of Friday, and her voice still quavered as she told me this story.

Her eyes were a little misty.
.
.
.
.
.
It is wrong that I laughed really loud and from deep in my belly?

Yeah, I thought so too.

Just going to have to add that to my “sins I must atone for later” tab. 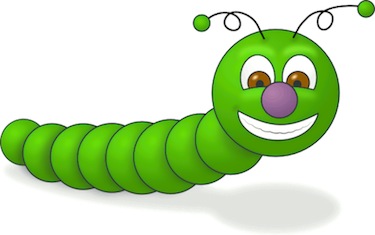