It was just a brief story in the ABQjournal. Hardly a story, really. But it hit home with me.

In my “grown up life” I am a contracts professional. I negotiate contracts on behalf of my company with a variety of suppliers. I’ve been at this for the better part of fifteen years. These days I’m all embroiled up in the middle of a hairy deal. I have a great in-house lawyer that I work with, and one of her mantras is “we have to take care of this now, despite the fact that we hope we never have to turn to the contract”.

And truly, getting the contract language right really only matters when something goes terribly wrong. But having been on the receiving end of “terribly wrong”, I was always glad I took the time to get the words right. I’ve had to give a deposition to an Albuquerque Court based on one of my contracts. That’s how important the contract becomes.

So, of course, this was what I immediately thought of when I ready the article titled Land Grant Heirs: Treaty Promises Free Wood.

In the article basically, they are saying in order to resolve a dispute, they are going to have to turn to the Treaty of Guadalupe-Hidalgo, circa 1946. Man, when you have to turn to a contract that is some sixty years old, you know someone is gonna come out of this unhappy.

Ah well, better them (and their lawyers) than me.

Happy Friday to everyone! Here’s to a great, restful and safe weekend! I hope to finally shake this damn sinus infection. Sleep is my prescription for a happy weekend.

———–
Update: Well, right after I posted I toodled over to the ABQjournal and found this article. Seems St. Pete has decided to get involved, asking for fees to be halted while everyone scans the Treaty of Guadalupe-Hidalgo for their interpretation of the language. Forest Service says “no”. Things are progressing predictably….. 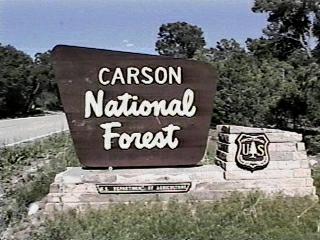