Whoooo, yes! Fist pumps and happy jigs. I managed to pull off this massive stretch goal of writing a new Flash Fiction story four days in a row.

I’m not going to lie to ya, this has been challenging. Getting today’s story done was tough, and I think it reads like it. This challenge really took some work.

Today, the overworked Muse got a little silly. I hope you’re willing to come along for this final ride.

Tomorrow, as promised, I’ll be posting an oral reading of a New Mexico folktale as my wrap up of this crazy off beat week of Flash Fiction and Fables.

It’s a good one, I think you’re going to like it, especially the readers/listeners from my home state.

But for today, my randomly generated word is: portability

Darryl and Sean worked quietly, side-by-side in the corrugated metal work shed they referred to as “The Lair.”

Work was wrapping up on their invention, a device without a name so far. If you asked them, it was totally a fusion reacting, power providing, super über top of the line invention.

The whole deal was this, it was a small reactor that creates enough power to run a small city. Clean burning, no electricity or fuel required, and it only fills up a small footprint.

The genesis of the invention came when Darryl had entered a project in his college science fair to show how he could make small fusion reactions.

Sean had also worked on an entry for the fair, but wasn’t able to complete it in time. His was a device for efficient distribution of power in a small space and without heat or exhaust.

The two ideas put together was an invention in which Pajaro Ventures had invested $3 million in R&D money. It would totally pay off, assuming they could get the device to be stable.

Initial trials were not as successful as they’d hoped.

The Lair had been replaced three times due to what the boys referred to as “misfires.”

But if they got it to work right, they could rule the world. Literally, they hoped, because that would be cool.

Sean was leaning toward Dr. Reaction. His costume was a bit more ill defined, consisting mostly of a white lab coat with nuclear symbols attached to both shoulders like epaulettes.

The U.S. Army was interested in the unnamed device, as they needed strong, reliable power at many of their installations in the Middle East. A clean burning self-contained unit that kept them off either generators requiring gasoline or power lines requiring infrastructure was looking real enticing.

However, the U.S. Army was a bit skeptical that two recent college grads had the gonads to actually pull this thing off. No matter, the risk was on Pajaro Ventures. If it worked, Parajo got a huge contract. If it didn’t, Pajaro ate the R&D fees and the U.S. Army would keep on looking.

Early on, Darryl and Sean had flown out to Washington to meet with senior ranking officials, including one five star general. The field commanders gave the boys their list of must haves and nice to haves around this thing.

The team agreed on device specs. Darryl and Sean would come back in six months to demo their progress.

That demo was due to take place the next morning. After a good night’s sleep, the boys rose early and got ready. A black Suburban rolled up and men in dark sunglasses loaded up The Device and the boys and delivered them to the airport, where they boarded the Parjaro private plane headed for the Pentagon.

The flight went without a hitch and soon Darryl and Sean found themselves in a large auditorium surrounded by a lot of people, most wearing dark green uniforms.

“Yeah, so, ok, let’s get right into this,” Darryl said, doing the talking. He was the more eloquent of the two.

The Device sat on the floor in front. When signaled, Sean hit the go button.

“As you can see,” Darryl said, “It takes only a few moments to come online. Once you see an orange light here, at the side, it’s fully charged and ready to go.”

The light came on, and Darryl took the plugs from a refrigerator, a clothes dryer and a microwave and plugged them into the outlets built into The Device.

“These high power drawing items are but a fraction of what The Device can power. When up to full capacity, this device could power a small city, say the size of Austin.”

The assembled crowed murmured their approval.

It worked. The Device was generating smooth power. It shook a little, but no fires so far.

“Gentlemen, I believe this meets your requirements for high voltage yet safe and steady power. We have achieved your list of must haves. Oh, wait, there’s one more item we haven’t demoed,” Darryl said, flipping a red switch on the back panel.

Immediately a bright blue undulating hole, about a foot wide, ripped into the fabric of time and space above the machine.

“And there you have it, General, sir. Your requirement is complete.”

General Johanssen looked at the eerie opening in the air that was starting to exert a gravitational pull.

“What the sam hell have you boys done?” he shouted.

“You said that your key requirement was portal ability. We’ve succeeded. The Device not only facilitates powering your base camps, but also provides the beginning stages of time travel. This really is a cutting edge machine.”

General Johanssen’s face turned tomato red with anger. “I said it was mandatory that this device have PORTability, meaning moving the stupid thing as our troops relocate around the world. I did NOT ask for goddamn portal ability! What the hell is that, anyway?”

Darryl and Sean looked at each other, eyes wide. Darryl began frantically fiddling with the red switch.

“Boys, close that goddamn worm hole before someone gets hurt!” a major called out from their left side.

Suddenly, a nearby office chair was sucked into the depths of the wormhole and sent two thousand light years ahead into space. It landed with a “whump” on the fifth moon of the planet Kranon, killing the opposition leader of the attempted violent overthrow of the King of the Kranonians.

Two thousand light years back on Earth, Darryl could only reply, “Whoops.” 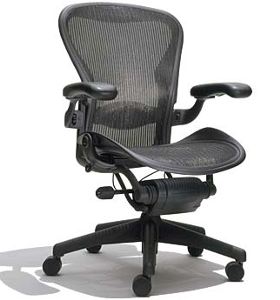 “The Device” by Karen Fayeth is licensed under a Creative Commons Attribution 3.0 United States License.