Didja ever have a really bad day at work?

Didja ever have a really bad day at work?

So there you are, doing your job. A job that you are actually really darn good at.

I mean, people *know* you are good. You’ve been recognized for your accomplishments.

And so you’ve been called again to take on that big project, that big customer, that big case.

You go about your business like a professional. You rally your support team. You create strategy. You execute on that strategy.

And then, for whatever reasons, the stars weren’t aligned right or someone failed to do their part or just gall durn bad luck, you make a mistake.

Not a huge mistake, but a mistake. It’s the kind of mistake you’ve made before on other deals, and this is a particular mistake you really hate to make. But ok.

This mistake feels worse because it is made on a really high profile project. Meaning more people know you goofed up and the effects have a lot more impact.

But it’s still a mistake.

You’ve made this mistake before and you and your group have recovered from it. It’s a mistake made by all of your peers in other companies at one time or another.

Everybody doing this job has made this mistake.

We all make them.

Sometimes they have unintended consequences.

So this is what I was thinking, yesterday, as I listed to local sports radio station KNBR with their wrap up from the Super Bowl.

If you didn’t watch the game, I’ll fill you in. Peyton Manning threw for an interception in the fourth quarter that was returned over 70 yards for a touchdown by the New Orleans Saints.

Most say this was the nail in the coffin for football’s biggest game. That one play.

Callers to the radio station came pouring in to cry foul. To state, for the umpteenth time, that “Peyton choked!”

That he’s not the great quarterback that everyone thinks he is. That he blew it. That it’s all Peyton’s fault!

In a game that lasts four quarters at 15 minutes apiece with who knows how many individual plays, that one play was it, huh? That was the deciding moment?

I’d personally say it was the onside kick recovered by the Saints after the half that was the game changer. The momentum shifter.

There seem to be only a few comments about Colts Hank Baskett’s inexcusable case of brick hands in that moment. (Baskett, born and raised in Clovis, New Mexico. Our proud NM tradition continues on!)

But Hank isn’t the superstar. Hank isn’t the guy we built up to near god status so we can tear him down. His mistake is “just another day on the job.” But Peyton, oh Peyton.

Then when a dejected Manning walked off the field at the end of the game and didn’t shake anyone’s hands, now he’s a poor sport.

And apparently a loser and a jerk

And then there is this bit of conspiracy theory, that Peyton helped the NFL fix the game.

I guess I come down on the same side as the author of this article.

Those of you who have never made a mistake on the job, raise your hands? 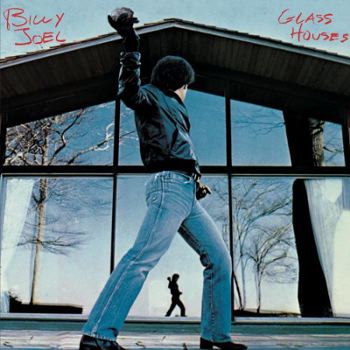 (I figured a little Billy Joel imagery might be keeping in theme with The Who halftime show…you know, old dudes still rockin’? Plus there’s that whole “people who live in glass houses” thing….)