Welcome to my hell

Welcome to my hell

“LOS LUNAS — Thieves ripped off a 300-foot section of copper phone line in Valencia County, knocking out service to more than 500 Qwest customers.

Qwest workers spent the next day restoring service to the customers.

You should see what they are getting for stolen fiber. The theft of both copper and fiber has been a pain in the tookus for those of us who work with, near, around, kinda close to, the telecom industry.

Especially if…oh say, you have a c-level executive who wants fast network at his house and you and your IT team move heaven and earth to get the fiber to the properly line..and while waiting for said c-level guy to get a trench dug to his house…the fiber is stolen…all hypothetically, *of course*…

A local assemblywoman has decided she’s going to clear this up by passing a bill to put stern limits on recycling.

Scratch yer head a minute on that one, whydoncha.

Ok, my head hurts. It’s been a long week. Happy Weekending everyone! 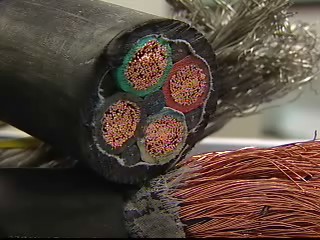