Today, I reached my wits end with my desk phone at work.

I am on conference calls at least half of the working hours of every day on calls with the UK, South America, Hong Kong, and Australia, and many points in between.

My phone decided, in the midst of an already trying day, to act up. I’d push the number 4, it would show onscreen that I’d inputted 4444.

This creates a bit of trouble when one is dialing an overseas number.

For example, to call Britain, one must dial 011 then 44 and then the person’s phone number.

So with this buy-one-get-four free plan my phone seems to favor, I would not even be to the actual person’s number, and my phone would think I had punched in

And yet again I say GAH!

I tried a number of different creative ways to get my numbers dialed. I tried mashing the buttons really hard. Nope. I tried hitting them very lightly. Sort of success.

I found that using a pen to dial and hitting the numbers very fast seemed to work. At least enough to get into scheduled conference calls (though it would take five or six tries).

But come ON here people! This is no way to conduct business!

So when I had a gap in meetings, I went online and raised an IT trouble ticket.

I expected it would take a week to hear back as one person’s desk phone crying in the dark isn’t enough to rouse the passions of the IT department.

Imagine my surprise when I got a call some four hours later from an actual person with actual knowledge of the issue.

Yes! Hello good sir! What can be done!?

That’s it. Unplug it. Plug it back in. Should be fine.

I then applied a smack to my own forehead. Of course! I should have thought of that first.

The Universal IT fix for whatever ails you. Power off, power on.

So I bounced the phone. It’s back on line and working fine. We’re back to a one for one button press to digit input value.

Now if I could only get my nerves to be as docile.

And a mental note to self: Always try bouncing the machine first. 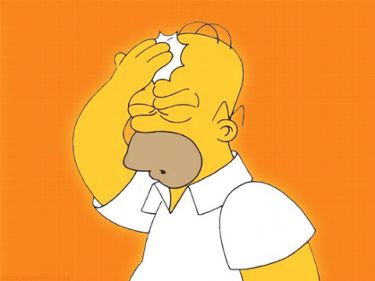