Perspective is a beautiful thing.

Perspective is a beautiful thing.

So, really, this new job is blowing my mind. I knew that changing jobs after almost ten years at a rather quirky company would be difficult. Challenging. Would test my bounds.

It’s been all of that and more.

I’ve been here two months and I’m still struggling. They promised the learning curve here is at least six months, but me, being both impatient and a chronic overachiever, feel like I should be up and running fast. Contributing to the work. Being useful and value added.

So far I’ve been mostly a bump on a log that asks a LOT of questions and says, “Are you sure?” upon hearing the mind-blowing responses. Oh, yes, this is a very backwards organization.

Last week I sort of had a breaking point. I wasn’t feeling great physically and I had my second “called into the principal’s office” to be told “what you did wasn’t *wrong*, it just wasn’t The Company way.”

You know the drill, you are right but you are still wrong. Won the battle but lost the war. And other platitudes.

I went home demoralized, a new hole punched in my self-esteem. I cried on The Good Man’s shoulder. Considered packing it in. Wondered how I could have had a successful fifteen year career in my chosen field and still can’t get it right in this two-bit flea circus.

So the weekend came and went. I got some sleep. My immune system kicked in, and I started feeling better, physically at least.

I made my way to work Monday, and it wasn’t so bad. Tuesday came and went. That brings us to today, Wednesday.

Starting my day, I was reading the headlines and saw the latest report on the doings of our new President. The story was about Obama needling the Washingtonians for shutting down schools due to ice. Said that his Chicago daughters play outside in that kind of weather.

It was a fun, humanizing story. But it also made me think.

This guy’s got a new job, too.

And if he makes a misstep, it’s not only reported to the world, it impacts the world.

He doesn’t just get called into the boss lady’s office for a talking to, he’s got real issues.

So maybe, for as freaked out and demoralized I am about this new gig, it could, definitely be worse.

I mean my coworkers both in my own organization and across the board, including my predecessor, want me to succeed. Everyone is trying to help me get acclimated. I don’t have to take the slings and arrows of Congress, snotty media and opposing party’s interests. I don’t have to remember what I promised last year during the interview and then deliver.

No one is watching my first 100 days, other than my immediate manager.

I don’t live under the hot fire of the magnifying glass.

Then again, Obama’s also got a horde of advisors. Maybe I need more advisors. 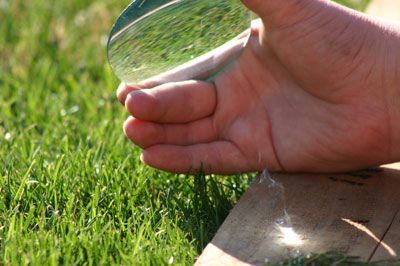