I Got To Thinking Today

I Got To Thinking Today

My dad was an engineer by trade, and had a life long interest in the power of nuclear energy. He worked at Sandia Labs during the Cold War, and was quite familiar with the devastation that could be wrought in the path of nuclear power. He was also well aware of the power that could be harnessed from one small nuclear reaction.

As the Cold War ended and Sandia turned away from creating weapons, much of their immense talent base was put toward finding alternate sources of energy. My dad had a chance to study wind, solar, and yes, nuclear energy.

He used to rant endlessly about how he felt people were missing the boat on the use of nuclear power to create clean energy with, generally speaking, less damaging effects. He was a huge advocate for nuclear energy as a sustainable resource.

As a kid, I often thought my dad was a wackadoodle for these relentless, passionate lectures on this topic (and others).

It’s funny how time really does make fools of us all. Now that I’m pretty close to the age my dad was when we was raising me, I find that what was once wackadoodleism becomes, “hey, he might have actually had a point.”

Earlier today, I was going through the videos, photos and new coverage of the truly horrifying aftermath of the earthquake and Tsunami in Japan. I got to thinking about my old man when I saw this quote from a Japanese spokesman for the government:

“The nuclear plants have been shut down but the cooling process for the reactor is not going as planned.”

I thought to myself, “If they are able to keep that reactor from melting down, that is a huge boost to the argument that my pops made for decades.”

However, if that reactor does melt down, then all the anti-nuclear energy people will have a strong case study on their side.

I’m not sure which side of the nuclear energy debate I come down on. Honestly, I can argue both sides, and it’s a very sticky topic.

One thing I will say is that the existing nuclear plants in the U.S. are of such old technology that it’s truly frightening. The anti-nuclear power lobbies won’t allow these existing facilities to be upgraded. They want them closed, not improved.

So they stay open and get older and more outdated by the year.

And thus, the standoff rages on. That’s where my pops would start snorting, and steam would begin rolling out of his ears.

All of this is some scary news. I think that if Japan can contain and control their nuclear plants in the face of one of the worst natural disasters of recent history, then it highly recommends at least considering the latest available technology for maintaining nuclear facilities.

Maybe we don’t build any more, but we fix what we’ve got?

Oh, and while I was thinking about all of this, even discussing it with my mom via email, I glanced at the calendar.

My dad passed away six years ago last month. Perhaps worrying about the nuclear energy facilities in the midst of tragedy in Japan is an odd way to honor He Who Brought Me Forth. I suspect for him, it would do just fine. 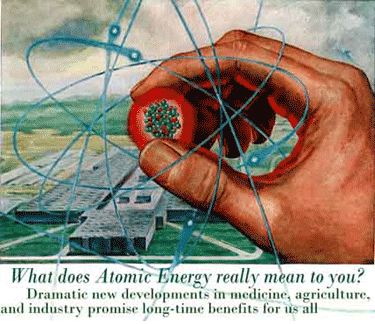