If you’ve ever had occasion to see a “Blue Collar Comedy” live show, then you know they end each performance with a litany of items that each of the four comedians believes.

Here is my I Believe list for today. Subject to change. Some restrictions apply. Offer ends July 20, 2010. Not valid in all 50 states.

…that Costco stores, like casinos, pump some substance into their ventilation system that causes me to behave in odd ways. How else can you explain my hitting all the sample tables like a drunk at a buffet bar, then buying a two thousand pack of toilet paper?

I also beeelieve that the “Crystal Skull” movie was not quite as bad as everyone made it out to be.

…that green chile has curative powers that extend beyond just physical health. I think we can achieve world peace and fix the global economy over a plate of enchiladas. Sour cream and fried egg on top.

…that Paris Hilton did, indeed, inhale. Yea verily though she has been busted for possession twice and gotten off scott free twice, I believe the clock is ticking and she will soon be cellmates with Lindsey.

…that coffee is the work of dark, evil forces. For though I welcome coffee with both arms and hug it to my person like a long lost sibling, it does terrible things to my stomach causing pain and acid reflux and generally causing havoc. And yet, I can’t seem to quit the dark beckoning brew.

…that red light cameras are patently unfair and unconstitutional and defy the Bill of Rights and upset the Code of Conduct and Robert’s Rules of Order and some other stuff I can’t think of right now. They don’t allow me to face my accuser in court! It’s bad! Real bad! Obviously, I’m still not over it.

…that the 1970’s were weird and awkward during the 1970’s, and somehow time has made us all forget that. Now we remember the decade as cool.

…that white chocolate is just as delicious as regular chocolate and should be afforded all rights pertaining thereto. Same goes for vanilla ice cream. Oh, and also that something must be done *immediately* regarding the vanilla shortage. Code Red, people.

…that by writing this list of I Believe items, I have successfully avoided doing any real work for an hour and a half. 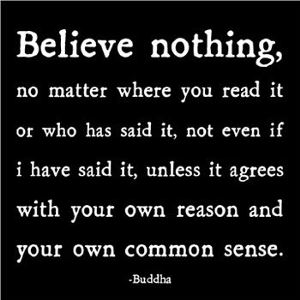