For my recently celebrated birthday, The Good Man scored me a most awesome present.

I gots me a Kindle!

Oh my stars and bars, how I love that Kindle.

We’d had a lot of philosophical talks over Sunday morning breakfast about iPad vs Kindle and what did we *really* want from such a device.

I thought it was all idle chatter until a Kindle showed up under all that wrapping paper.

So, being the cheapy cheaperson that I am, I immediately went to the free section of the Kindle store on Amazon, and began downloading my bootie off.

I did pay for a couple books that’d I’d wanted, like the new Jeannette Walls book, “Half Broke Horses” (a five star recommend from me! This and her first book “The Glass Castle“), but mostly I downloaded the free stuff.

There are a few for free trashy romance novels in there. I downloaded a couple but I doubt I’ll get to them.

The biggest portion included in the free section are books that are in the public domain, meaning their copyright has expired.

I guess anything published prior to 1930 is now public domain. There are quite a few of the classics in the free collection.

Let’s be honest here, I wasn’t exposed to a lot of the classics during the course of my education. Ok, some of the basics. “To Kill a Mockingbird” was on the list. “Grapes of Wrath” (haaate it!) was a forced read. And there was also a lot of bits and bites, but not full books. No “Scarlet Letter” or “Moby Dick” made it across my transom.

On the other hand, The Good Man has read almost all of the classics, many more than once, and it’s no wonder he’s so much more well spoken and intelligent than me.

But! The Kindle may just even out the game.

I have things like “Alice’s Adventures in Wonderland” and “The Jungle Book” and “The Last of the Mohicans” and “Pride and Prejudice” to name just a few that are loaded up and ready for me to get into.

I also have beautiful classic books that I have already read like “Red Badge of Courage” and “The Secret Garden” and “The Velveteen Rabbit” on the Kindle. They are like old friends, lost to the sands of time, who have returned to me.

My only issue is that sometimes I have a hard time reading the classics. The language or style can be tough.

I do love the Kindle’s in line dictionary that makes looking up tough words a snap.

But all the Oxford English Dictionaries in the world can’t help me get around some of the archaic language.

Right now, The Good Man and I are taking on our latest book club title. It is just us in our book club. We read together and then discuss.

Currently we are reading “The Picture of Dorian Gray” by Oscar Wilde. The Good Man is a confirmed Wilde fan. Until I got the Kindle last month, I’d read zero Wilde. I started with the play “The Importance of Being Earnest” and really enjoyed it.

But I’m finding ol’ Dorian Gray to be a bit of a slog. All the reasons that The Good Man likes it, the deep thought and philosophizing…well, that just makes me ape sh*t. I want some story to move the thing along!

I’m doin’ it. I’m chugging though the pages. Currently about halfway done. The story part of the story is really fascinating. Well drawn characters and quotable pithy sayings.

But the expository pieces that run for pages and pages are about to make me insane. I *know* that’s why people love Wilde and I *get* that he was a great thinker and artist of his time.

But damnit! I’m just a girl who likes a little Louis L’Amour sprinkled in her day. There is a cowboy, he fights another cowboy over stolen cattle or water rights, and then gets the girl. The end.

I know, I know. This high-minded literature stuff is good for me.

And I really am enjoying it.

Tell me, what do YOU make of: “But he never fell into the error of arresting his intellectual development by any formal acceptance of creed or system, or of mistaking, for a house in which to live, an inn that is but suitable for the sojourn of a night, or for a few hours of a night in which there are no stars and the moon is in travail.”

I spent a while working on just that one sentence. I get it now, but my brain is tired.

Maybe wearing out the ol’ brain on classic literature will help stave off dementia. It’s a nice thought, anyway. 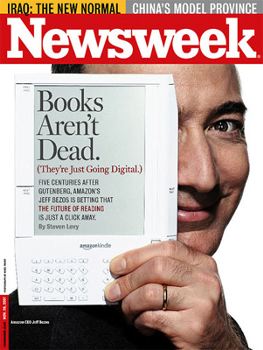