Anyone for a Mojito?

Anyone for a Mojito?

So let’s see, I moved to this odd and fascinating Golden State of California in 1997.

So that would make it…let’s see, do the math…carry the one…

And you’d think that in thirteen years I would have arrived at the place where I no longer pick hayseeds out of my hair.

But you’d be wrong.

What a yokel I am.

Brace yourself for another backyard adventure.

Today I was out in my side yard. There is this scrubby, invasive, grows too fast tree/bush thing out there that I *hate*.

It’s so unlike me to have vitriol for something that is only a plant. But I do.

So I was out there hacking away at the damn thing because if I don’t stay on top of it, soon it will grow taller than my roof and the neighbors will complain. It tends to invade the nextdoor neighbors yard as well.

So I trim the crap out of it.

Here’s how it looks now: 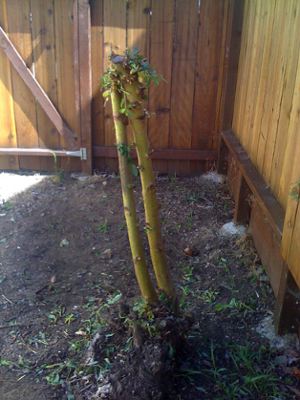 Never fear, oh mighty plant lovers. In a month it will be back at roof height. Gawd I hate that thing!

Anyhoo. After I was done committing gross violence to a bush/tree type a deal, I looked down and saw a few huge weeds. Well…I had my gloves on and the ground was soft, so I started wiggling them durn weeds out by the root.

At one point, I noticed a row of different looking weeds growing from the crack where the outside wall of the house meets concrete.

So I gave them a hearty tug.

Suddenly, all I could smell was this minty odor. I smelled my hands. Leather gloves and mint.

So I took a small plant sample inside so I could Google it.

Sure enough. We have mint growing wild in our yard 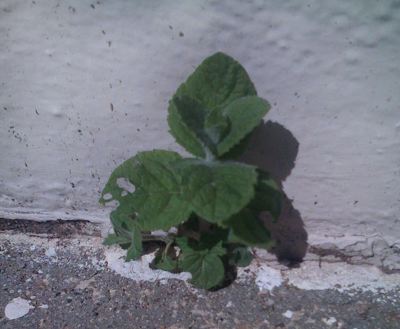 I have no idea where this came from and I don’t recall mint growing in the yard before. It just, I don’t know, appeared out of nowhere this year.

Look, I’m from New Mexico. I’m used to coaxing things to grow in the yard with a lot of vigor and pleading.

Not here. This sh*t just grows wild! There ya go! Something magical. Didn’t even have to try.

Next up on the list of fruits ripening in my untended backyard: 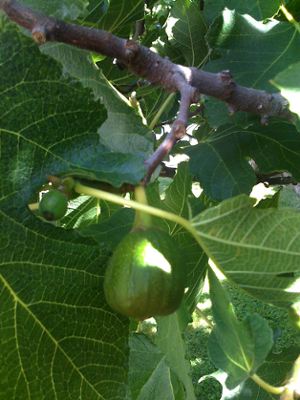 Anyhow. This has been a very big day. Maybe I need a nap.

Oh, and in closing…this for my friend Natalie who likes bird of paradise. 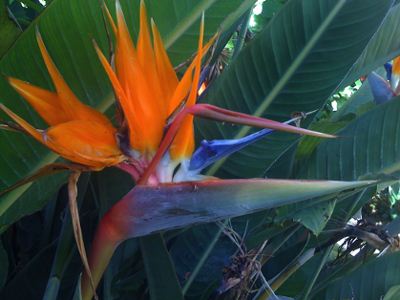 I swear to god that thing blooms all year long. That shouldn’t happen. And yet..it does.