I wrote up a blog post last night about the Congressional investigation of Roger Clemens and yesterday’s hearings. It’s a good post, and will see the light of day tomorrow, I think.

I’m delaying that one mainly because I took stock of today’s date. And realized my baseball vitriol can last another day.

Today is about love, baby.

So my words will be those of love and gratitude for a very special person.

Someone who has been there from day one, and will be there when I take my last breath. Unfailingly.

Over the years, we’ve had a rocky relationship.

Look, let me just be blunt. I’ve abused this person. Treated her bad. Called her names. Ignored her complaints about pain, hunger or hurt feelings. Pushed her too hard, even when I knew she was insecure. I’ve made her mad. Made her cry. Made her eat cabbage soup or Slim Fast instead of real food. Or starved her. Or made her overeat the point of exhaustion. Didn’t believe in her. Told her she wasn’t talented. Told her she was dumb. Unlovable. Unworthy. Useless.

We’ve had good times too. Trips to fascinating places. She always shows the wild-eyed wonder of a child when visiting somewhere new.

She’s got a great sense of humor. She has a heart built for loving and being loved. She is an artist; sensitive, kind, with emotions that run deep. She looks at the world with a different set of eyes than most, and oddly, can manage to find something good about even seemingly unkind people. She has a knack for finding the human in the heart of even the fiercest person (including the CEO of her own company, one time, in a strange interaction in the cafeteria).

She’s also one hell of a businesswoman when she turns it on. She used to love to turn that part of her on, but lately, it doesn’t matter all that much anymore. Negotiating deals doesn’t provide that natural high. All that arguing is just tiresome.

And she’s struggling with that realization.

She is respected for the work she does for her employer, even though she never gives herself any credit for it. She’ll compliment her employees but forget to thank herself.

She’s always been smart, but as the years go by, she’s becoming more intuitive. Smarts only take you so far. Wits get you across the finish line.

Someday, she may even learn to love herself, at least a little bit.

And the love of a good man has helped her see herself with a new set of eyes. Seeing herself through his eyes, she knows she is lovable, and worthy, and talented, and more.

That same good man makes her want to continue to work really hard to be the best person she can possibly be, because he deserves nothing less.

I admire her tenacity. I just wish she wouldn’t worry so much.

And so today, with as much love as I have, I give the candy hearts and paper flowers to the one who will always be there through thick and thin.

It’s time to treat myself nice. So be it, and so it is.

You have no idea how much hard mental work it’s taken me to get to a place where I could even write this, much less share it publicly.

And so with that, I say Happy Valentine’s Day to all.

May you love yourself as much as you love the people in your life. 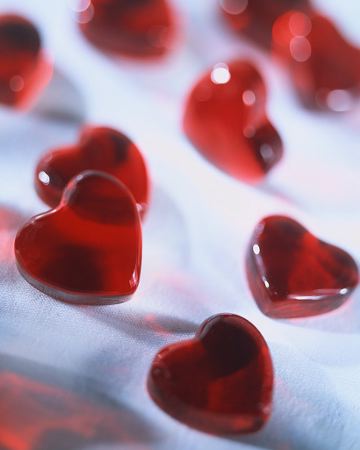