It’s now firmly a part of our lexicon. Thank you Roger freaking Clemens.

I listened to bits and pieces of his testimony before Congress Wednesday regarding his use of illegal and banned substances and was shocked and appalled by the behavior on both sides of the conversation.

The day was all about tossing people under the bus.

Chuck Knoblauch, a bit player at best, tossed Clemens under.

And then Clemens went ahead and tossed his wife right on under.

And in the finest hour, Clemens said that Pettitte, his best friend, must have “misremembered” when he told investigators that Clemens had used performance enhancing substances.

And the Congressmen were no better firing off supposition and innuendo. What we have here is a modern day McCarthy trial. These Congressmen are so keen to go after the superstars that they’ll listen to any sub-Mendoza Line player who got name checked in the Mitchell Report who wants to squeal out names in order to distance themselves from the circus.

And in the end, baseball will prevail. Because it will.

“The one constant through all the years, Ray, has been baseball. America has rolled by like an army of steamrollers. It has been erased like a blackboard, rebuilt and erased again. But baseball has marked the time. This field, this game: it’s a part of our past, Ray. It reminds of us of all that once was good and it could be again. Oh… people will come Ray. People will most definitely come.”

Glad I watched this movie again last week. Because I need to believe again in the magic of the game I love.

Am I a baseball purist that expects each player to be pristine and au natural? No. But do I condone steroids? No.

I just want to put this awful witch hunt behind us and move on.

Did anyone even notice that Giants pitchers and catchers reported to Spring Training, uh, Wednesday?

I choose to think about that. And pray to whichever entity you choose that I can “misremember” the events of this week. 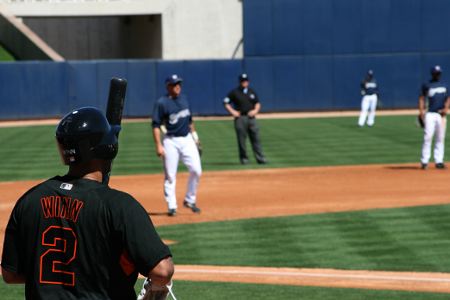