There I was complaining about Monday and suddenly it was Thursday. Where do the days go?

Oh, right, twelve hours engaged in job plus commute, eight hours sleeping, let’s see, that leaves exactly four hours for having a nosh and nuzzling my husband and using the ladies room. That is not much.

Excuses, excuses! Let’s get caught up!

Last week I told you about the new Photography Group that I had joined at work and my anxiety about it being a predominately male group (only three ladies) and men of science at that.

Well, I attended my first meeting yesterday. The cost of entrance was to upload two photos to our sharing site that are in line with the assigned theme. This month’s theme was depth of field/bokeh.

Fair enough, I had a couple photos I wasn’t ashamed to show.

Turns out it was a pretty nice group of guys. Yes, very scientific minded. Quite nerdy really, in that cool way that scientists who do major world bending research can be. Think the middle aged version of “Big Bang Theory.”

Let me just tell you this: Having an optical physicist evaluate your photo brings a whole new perspective to photography.

This guy showed off a little by asking what lens was used and what f/stop on one of the team’s photos, and then told us why the bokeh bubbles were shaped the way they were (if you look at bokeh photos you’ll see some are round, some are pentagons, some are hexagons, etc). It was actually fascinating, not that I could recite it again for you.

Something to do with the angle of the light and the shutter speed and the curvature of the glass on the lens along with focal point. He called the sides of the bokeh bubbles “blades”. Weird, yet cool.

Plus, his eye for the lighting and focus in the photos was like none I’ve ever seen.

All in all, it was a successful first meeting and we talked about the club’s upcoming photo show. I’m already trying to decide which photos I will add to the exhibit. Evidently they set it up near the cafeteria and as people walk by and see the photos, they are encouraged to vote for their favorite. Well ok!

The meeting was held at the main site for our employer and I work at a remote location. I was able to secure the official department car to make the journey.

This ding-dang thing is a Ford Escape hybrid. My first issue was turning the thing on. I turned the key, it did nothing except blink a few lights at me. Now, in my beloved Jeep, if I turn the key and only get lights in return, it’s time to visit the mechanic. Not so with this thing. I kept cranking the key and it kept blinking at me.

Maybe it’s just me, but I like a nice solid rumble to my car’s ignition. Nice American metal that growls a little at start up and purrs at idle. Not the “oh yes thank you” silence of this thing! Bah!

The next problem is that the car was made for a Lilliputian, which I am most certainly not. I drove with my knees at my earlobes and when I whipped my head to the side to see if one lane over was clear, I bonked my head where the roof meets the window. I can’t even imagine the very tall Good Man trying to drive this thing.

The third problem is that my destination is at the top of a very steep hill. I usually drive my straight six Jeep up there, an engine made for towing and scaling hills. This little hybrid bucked and faltered and demurred the whole way up. I wanted to put one foot out the door to help push the thing up the hill. Lame!

But it got me there and since parking is quite limited at the main site, company cars get reserved spots. It was totally worth the trouble.

In other, other news…

Though I’m not surprised. When I moved here a wise native gave me many rules of thumb for life in the Bay Area, one of which was, “It always rains for Easter.”

Well that’s where it’s at for this Holy Moly I can’t believe it’s Thursday. 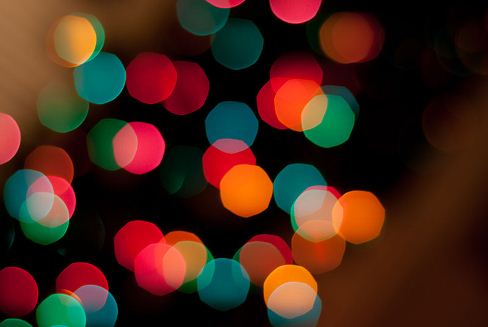 Photo by Abhishek Jacob and used under a Wikimedia Creative Commons license.