So I was rolling home last evening after a really long day of cranky behavior and I was a bit brain dead and just ready to be at my own little home.

I put on the radio to the local news chat station and turned off my brain for the ride.

Somewhere along the way as I was bumpitty bumping along a torn up stretch of road, my brain locked on to a couple words uttered by the news caster.

The words were: loose kangaroo

“Oh,” thought my tired brain, “They are probably talking about something that happened in Australia.”

Nope. They were talking about something that happened in Florida.

Doesn’t the weird stuff always happen in Florida? It seems like any of the weirdest of the weird news I read either went down in Thailand or Florida. The humidity must make things odd.

Reader’s Digest version: A loose kangaroo held up traffic on US 301 and the authorities were called. Police and fire chased the animal around for a while and then a former wrestler named Kevin Wehling showed up. He tracked it to a ditch and then grappled with the beast.

Side note: I understand kangaroos are sort of mean. If they get a back claw into you they can open you up pretty good.

Just another normal day in the Sunshine State. 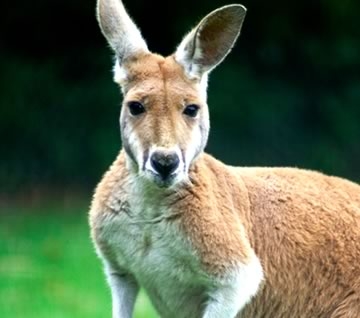