What the World Sees

What the World Sees

Through the course of my life, I look back and with the clarity of hindsight and find those moments that formed my foundation. Lessons with impact that linger in my memory and shape my days.

Today, when I navigated over to my once a week Theme Thursday site, I saw that the word this week is: Face.

Well, this left me stumped. I tucked the word into one of the creases in my brain and thought about it for a while. This is when some of the best ideas hit me, when I’ve planted a seed then forget about it. Something worthwhile often blooms.

What happened is that I had a memory. Just a flash, but enough to remind me.

I was eight, maybe? Perhaps actually younger. I was wearing a black leotard and pink tights. I had ballet class to attend in an hour or two, and so I was ready to go.

While waiting, I was doing what kids do…fiddling around with stuff. I’d somehow acquired a rubber band and that had captured my interest. *sproing, sproing*

I played it like a guitar, stretching and loosening it to get better notes.

I used it like a slingshot to send balls of paper zipping through the sky.

Then, for some reason I can’t quite explain, I wrapped the rubber band around the end of my nose. Unwrapped it. Wrapped it again, tighter this time. It didn’t hurt and felt sort of weird so I went and looked in the mirror. Laughed, then left it on my nose and walked around.

After a while, I heard my mom calling, it was time to get in the car. I took the rubber band off my nose, left it on my desk, got my stuff and headed out to the car and climbed in.

My mom, with an eagle eye for such things, asked “what happened to your nose?”

I was like, “what?” and touched my nose. All seemed well.

Mom made me look in the visor mirror. Seems that rubber band had left a bruise on the end of my nose. A dark blue bruise in a perfect circle.

So needless to say, the gig was up. I had to explain what I’d done. (confession is good for the soul….or so the parish priest used to tell me.)

My mom gave me one of those looks a parent gives a child when they confess to something like wrapping a rubber band around their nose. Then she gave me a stern lecture. She wasn’t mad. But she had something very firm to impress upon me.

I don’t remember the exact text of what she said, but the gist was….don’t mess with your face. If you are going to monkey around like that with a rubber band, use your elbow or your toe , but not your face. Your face is the first thing people see when they meet you. That’s where people form their first impression. And do you really want the first impression to be a big dark blotch on the end of your nose?

She also warned me that the girls at dance class would likely tease me. I thought “no way, they won’t care.” Well, they cared. They cared a lot. Those snotty girls made comments. And pointed and laughed. And made fun of me mercilessly.

So I thought about what my mom had said. I initially resisted what she said when the “talking to” came down, but later on, I knew she was right.

So don’t monkey around with your face. For me, that extends to lip tucks and eye brow lifts and injections of all kinds. My face is my calling card, and as it ages, it tells my story. 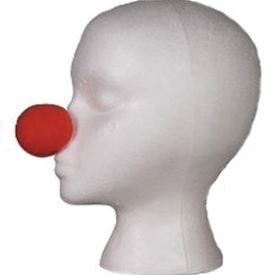