Whaaat? I Can’t Hear You.

Whaaat? I Can’t Hear You.

It’s so rare that I express any sort of kindness for ANY California politician from either side of the political spectrum, but today I am feeling a small bit of fondness for one Mz Anna Eschoo.


Loud TV commercials to leave quietly, thanks to FCC


The Federal Communications Commission today is expected to pass regulations requiring broadcasters and cable and satellite TV systems to maintain constant volume levels. The order, which goes into effect one year from today, “says commercials must have the same average volume as the programs they accompany,” says FCC Chairman Julius Genachowski.

Last year, President Obama signed into law a measure that Congress passed giving the FCC authority to address the problem. A Harris poll taken around that time found that 86% of people surveyed said TV commercials were louder than the shows themselves — and, in many cases, much louder. “It is a problem that thousands of viewers have complained about, and we are doing something about it,” Genachowski says.

While normal listening levels average about 70 decibels for a typical TV broadcast — 60 is equivalent to a restaurant conversation; 80 to a garbage disposal — levels on a TV channel can vary by as much as 20 decibels.

To comply with the new law, broadcasters can use audio processors to measure the loudness of a program over its entirety and adjust the volume of commercials accordingly, says Joe Snelson, vice president of the Society of Broadcast Engineers. He said the goal is to avoid an abrupt change in volume when a show goes to commercial break.

Some broadcasters and pay-TV providers already have begun implementing the Commercial Advertisement Loudness Mitigation Act (CALM). DirecTV spokesman Robert Mercer says the satellite provider is “ensuring that our commercial inserts are at the proper volume level and … (we) are working with our programmers to be in compliance with the rules the FCC adopts.”

“Slowly but surely, consumers are going to get something they have been wanting,” says David Butler of the Consumers Union.

All that said, one *might* ask why, exactly, this issue had to pass through legislature. 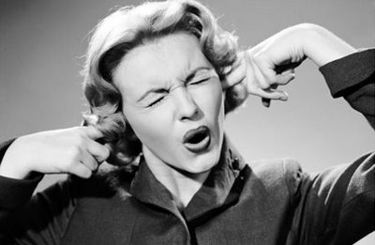