Ah Las Vegas, I return home to you once more.

That sparkling town, Las Vegas, has been an integral part of pretty much all of my life.

Yes, Vegas and I are irrevocably entwined.

Sure, everyone likes Vegas, right? Well…right?

For me, it’s a lot different than it might be for you.

Let’s flip the toggle switch on the WayBack Machine. Let’s go back, oh, say a bit over forty years.

It was the swinging sixties, baybee, and my dad, a hardcore engineer, was working at the Nevada Test Site.

That’s the place you might of heard of…you know, where they blow up nuclear devices underground?

Oh, also…waaaaaay over in the back corner of the Nevada Test Site is a little place called Area 54. (In later years I asked the old man about it, but got no answers)

So while Dad went to work out in the middle of the freaking Nevada desert, mom stayed home at their place in Las Vegas and tended to her three kids.

Yes folks, I have actually lived in Las Vegas.

It was only for only a brief time and I have only vague memories, like that you could see the Landmark Casino from where we lived. I used to love to stand in the backyard and watch the lighted elevators go up and down.

My folks really liked living in Las Vegas. And they liked visiting the town too. They made an at least once a year visit, seeing friends and family, a couple shows and they would gamble a bit. It was their favorite vacation destination.

Sometimes they would go just the two of them. Sometimes we kids got to go along for the fun.

It sucked to be a kid in Vegas prior to the construction of Circus Circus. There was little to do other than swim in the hotel pool and follow mom around when she hit the slots.

By law I had to stand at least six feet away from any gaming device. Stand there. With nothing to do other than whine at my mother that I wanted to go swimming.

But all of those years spent in Las Vegas and I find I have a deep history with this town that not many people have. I can remember, “oh that used to be the ____” when I pass the current kitschy themed hotels and casinos.

I am kind of ticked off at Las Vegas for demolishing all of the old and rather fabulous casinos and replacing them with these new garish harpies.

Coming to Vegas is, for me, like coming home. I was remarking to The Good Man on the plane ride over that for me, going to Vegas is a bit like going to Albuquerque. It’s a get away, but it’s also a going home. A nice trip but also so comfortable and easy.

I don’t know Vegas quite as well as I do Albuquerque, as I lived in Vegas only a couple years and I lived a lifetime in ABQ.

But it’s a part of me. And it is an even deeper part of the history of my parents.

Vegas and me, we belong together. And it’s not about the casinos or the neon or the obnoxious part of it.

I see this painted showgirl for what she is. Behind the mask of makeup and face paint, she’s a thirsty and tired old desert town that has grown too fast, aching from the growing pains.

You get two blocks off the strip, and you see behind the curtain. The streets are dirty and grim people look both tired and sad. There is an ugly dark side to all that glitz and show.

There are real people with real jobs trying to make a living. The casinos are but one facet of Vegas.

It’s been a couple years since I came to see this charming old lady of a town. On my last trip, I got into an intense conversation with the cab driver who had been raised here in Vegas. He was so happy to find someone who knew, who remembered, and that made me happy too.

Today, I’m looking out over the Spring Mountains to the west and plotting how to spend my day. The Neon Museum is closed for construction, so that will have to be another time.

I’ll probably find myself downtown where places like the Four Queens and the Golden Gate harken back to another time. My time.

Maybe I’ll pull the handle of a one armed jack and I’ll remember…. 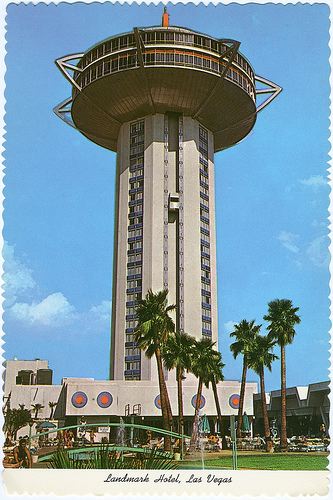