: cue the wavy lines and smoke :

Yes, we’re in the wayback machine, set to “semi-wayback”

Lo, these many years ago when I’d first moved to California, I started dating a guy who was (and is) a musician.

A blues musician, which means he played a lot of dark and, well let’s go with “gritty,” bars in the San Francisco and greater Bay Area.

So, being young and a fairly naïve rube from New Mexico, I used to get all dressed up in cute clothes and impossibly high heels, then head out, by myself, to these bars and clubs to see if I could get the musician to notice me.

So being a young, naïve girl all gussied up to go out, it stands to reason that I used to get hit on by the other patrons of the bars I attended.

Not because I’m exceptionally pretty, though I’m not a mud fence either. But mainly because I was a girl. Alone. In a bar.

Sort of a siren call for the drunk and lonely.

I have pretty much heard every pickup line in the book. And some from books that no one has written and never should.

When I was feeling convivial, I’d play with the drunk, slurring sportos like a cat plays with a dying mouse. I’d bat them around a little bit before slamming down the paw.

If I wasn’t feeling convivial, I’d get out my acid tongue, a genetic gift from a rather acerbic aunt in my family tree, and burn them on the spot.

One of my favorites is still a late night when all the lights had come up in the bar. The guy I was dating was through working and before he began packing up his stuff, he came over to hang out with me for a minute.

Some very drunk fellow, sensing that the lights were up, began scrambling around to find a warm body, ANY body, to take home.

And of course, since I’m the freak magnet (it’s true, been observed by many a friend and even a family member or two), the slobbering drunk made a beeline for me.

His opening gamble was something slurred and incoherent. Honestly, I don’t remember what he said. I do remember his glassy eyed look as he slurred out something and waggled his eyebrows at me.

Weary with a night of fending off such fellows, I looked him square in the eye and asked, loudly, “Are you hitting on me?”

He slurred in return…”um…well, yes. Is it working?”

I replied, “Let me get this straight…you are hitting on me. And *that’s* your opening line? That’s the best you can do?”

Not to be deterred, he nodded and asked again, “It is working?”

“No,” I said very caustically, “And have you met my boyfriend?” who had been standing next to me the whole time.

Thankfully the very large and take-no-prisoners bartender then placed a beefy hand roughly on the drunk’s shoulder and shouted, “Get out!”

I relate all of this to place a context on the story that follows. So that you understand that, basically, I have learned how to handle myself.

I stopped going to those sorts of clubs and bars a very, very long time ago. And I don’t miss them, honestly. Well, I miss the amazing music that the San Francisco blues musicians pump out, because there is some amazing untapped talent in that City.

But the clubs…I don’t miss them.

Which means, in my now suburban lifestyle, I don’t really get hit on like that anymore.

And you’d think my skills in handling the weirdos might have slipped.

Turns out, I still got it.

So there I was…down on Fremont street in Las Vegas with my trusty camera and the goal to shoot many of the restored old Vegas signs that the Neon Museum installed in the area.

It was about 10:00 in the morning, so that was probably my first mistake. Second, I was alone. Third, I was behind the camera and really in creative head.

All of this mixed together meant the moths came dashing over to knock themselves against my flame…so to speak.

I got a lot of “heeey…wanna take *my* picture?”

And so I finally turned to see who was bellowing at me.

“You are a big girl! I saw you walking by and I said to myself, I said, you know, big girls need loving too…”

Yep. That was his opening line. He called me fat and then decided I was so lonely cuz I’m such a big girl that I needed his, what would it be…pity? Charity? Selfless giving?

“Say baby, what’s your name?” he said, turning on ALL the charm.

“Lucy,” I replied (using my Nom de Bebida) followed by, “And my husband’s name is David.”

My suitor then sharply spun on one heel and walked away.

The rest of the morning was not just photography, but a continual improv show in which I was the only performer.

I was Lucy, I was a photography student at UNLV, my teacher had given me the assignment to shoot the signs, and ONLY the signs (in answer to the continual request to “take my picture!”), I was a local, I lived with an aunt and uncle, I’d been living here for a while, no I don’t have any spare change and by god I have a husband and don’t need your affections.

The final straw was the guy smoking a spliff who came up carrying a Wal-Mart plastic bag which he held out to me. “Wanna buy a Coach purse?” he offered.

And with that, I was done. I caught a cab back to my hotel and stayed inside the rest of the day.

I still got it, but mostly, I just don’t want to have to use it anymore. 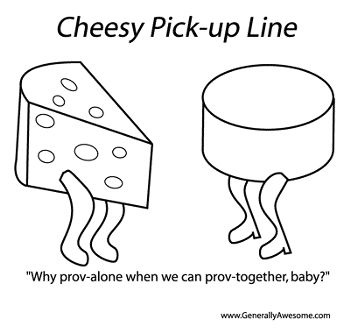