Everyone has certain skills that exist within them like muscle memory. You know how to do a thing like the back of your hand, or more appropriately, like riding a bike.

You know, executed perfectly, without thinking.

And then there are some skills that you gotta keep using or your abilities will diminish.

Last week in New Mexico, I was faced with this problem.

Yes, I was disheartened to see my dexterity and skill in one particular area has deteriorated.

I had occasion to be down in Las Cruces to visit my best friend and my two goddaughters (and goddog and godcat too…I love those fuzzies!).

So Friday, we decided to go stay at the home of my best friend’s parents in El Paso. They are my adopted folks, and I love them like crazy, so I was thrilled to get to spend some time.

I had a rental car, and my best friend loaded her own car with her two kids and we caravanned along I-25 to I-10 and then, because it’s so much easier and quicker, we took the Anthony Gap to get over into El Paso.

Sure, easy peasy. Taken it a bunch of times. No problem. So off I went, following my best friend off the interstate and onto two-lane state road.

Which means you gotta either give up, or you gotta zip over into the oncoming lane and pass that other car.

And this is where I met my Californian laziness square in the eye.

As we approached a slow moving work truck, my friend, just ahead of me, drifted over slightly, assessed the scene, changed lanes, hit the gas and passed with ease.

You know, back in the day, I was *really* good at passing on two-lane roads. It was like an art and a challenge to me. I LOVED it because I was so g’darn good at it.

But on Friday…I balked. Yes, it’s true. I hesitated.

And then, mad at my hesitation, I just went for it, clumsily changing lanes, not stepping on the gas smoothly enough. The automatic transmission in my rental car scrambled to find an appropriate gear. It finally kicked in, gave me some speed and I made it, but not before I was staring down the headlights on an oncoming vehicle, trying to calculate how long until impact.

Ok, fine I made it safely, but passing didn’t feel as smooth and easy as it used to. I overthought it. I felt like a scaredy cat.

This is not me! I’m the girl who would careen down the two-lane road between El Paso and Carlsbad in a beat up ’79 Bobcat, passing people like they were standing still!

Ok, to be fair, the manual transmission in the Bobcat did help in that whole passing thang, but still.

Is it that I’ve been living in the Bay Area too long? Or that I’m getting old and tentative?

I don’t know. But it makes me wanna take the Jeep out on Highway 1 and pass every car I see, just because I can! 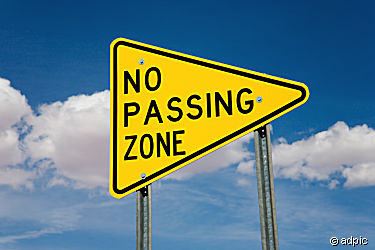