From the Monday Las Cruces Sun-News:

New Mexico’s pecan industry posted its largest-ever production for a low-bearing year and raked in the most money – some $186.8 million – in the nation last year, according to a recent official report.

That’s good news! That’s very good news! For my farmer friends who haven’t either sold their farm or converted to corn, pecans are an excellent way to keep the land and make good income. It’s a proud New Mexico tradition.

In the past few years, China has developed a taste for pecans, so global demand is high, which also means the prices paid the highest ever.

So yes. I’m happy to hear this. A tip of the cap to the Mesilla Valley farmers.

But there’s a little bit more to the story than just a fabulous year with a bumper crop.

Earlier this year, I was in Las Cruces and noted to my best friend and her husband that I was surprised to see so many farms around where they live were planting pecan trees. I’m enchanted by pecan groves with rows and rows of tree soldiers standing firm in very straight lines. I’m fascinated by the process of picking pecans using a machine that shakes the tree and a raker to pull all the ripe nuts out of the soil.

So I wasn’t too upset to see new pecan groves going in. That’s when my best friend’s husband gave me a little insight.

The word is: Water.

Southern New Mexico land owners are fighting with their local water district and the state for irrigation rights. My friend used to be able to order up water and flood his acre with regularity. Now he has to wait and sometimes isn’t allowed to get water. To top it off, his costs for irrigating have nearly tripled.

But, he told me, there’s a loop hole. If you have pecans on your land, you have better access to water rights due to a court case and adjudication between the New Mexico Pecan Growers Associationand the Elephant Butte Irrigation District. So everybody and their brother are rushing to plant even a few pecan trees so that they can continue to irrigate their land. There was a rush on pecan saplings, in fact, they actually ran out in many stores.

But this is a convoluted story…because pecan trees are water hogs. By encouraging people to plant more pecans, they are using up ever more of the already precious resource.

So we’ve got all of these people with pecans on their land. Even a few trees can produce a lot of pecans. It’s pretty easy to pick your own pecans and sell them in town (mostly to the Salopek operation) and pick up a few extra dollars. Plus you still irrigate your land. All in all, that’s a pretty good deal.

So again…I’m happy about the fact that the Mesilla Valley had a banner year and that farmers are making money on pecan and people are still able to access water for irrigation.

Here’s an older post in my ongoing musings about Southern New Mexico and water. 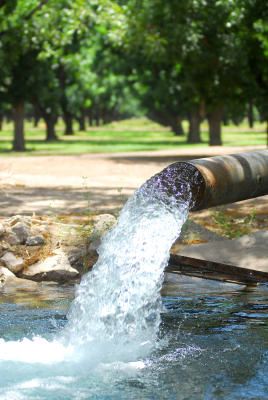