One of the perks of my new gig is that they make a large selection of soft drinks available for free to employees.

Now, this would be nice, except….

Several years ago, I gave up all soft drinks, both regular and diet.

They’re just not good fer the ol’ rig, ya know? Bad stuff, lots of chemicals, extra calories and such.

So except for a splash of ginger ale now and again to float a shot of Maker’s Mark, I don’t drink sodas.

But I have to say, free is pretty tempting, right?

I noted in the cooler, there were some chilled to perfection Dr. Peppers looking at me like the last puppy in the pet store.

When I was a kid, I adored Dr. Pepper. To me, it was nectar of the gods.

So yesterday, day two of the new job, I decided to cave and have myself a free Dr. Pepper.

I took two sips and poured the rest out.

It didn’t taste good. I’m sure some of that is due to the fact I just don’t drink sodas anymore.

But you know what? I think A LOT of my reaction was that stuff from my childhood just doesn’t taste the same or even good anymore.

Over this past weekend, I tried a Little Debbie Star Crunch.

That also tasted not at all like I’d wanted it to.

You know what I blame?

Ok, this isn’t going to be a rant about corn syrup and how bad it is for you. It could be, but it isn’t.

I’m just going to say this. Good ol’ fashioned delicious cane sugar and corn syrup are NOT the same thing. The taste, the texture, the consistency, NOT THE SAME.

I blame corn syrup, which is in EVERYTHING these days, for the fact that none of the foods and beverages that I so loved in my youth taste like they should.

One could argue that as I have aged, my taste buds have changed, and there is some validity to that.

But that doesn’t let pesky corn syrup off the hook.

Then, just to add insult to injury, after I took two drinks of a Dr. Pepper and threw it out, I had heartburn for the rest of the day. 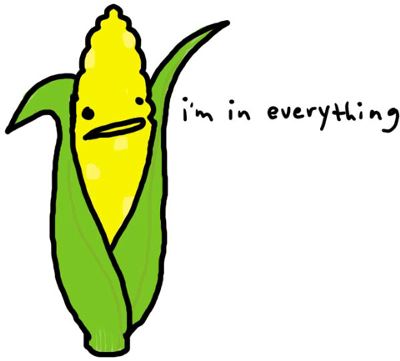