I’d like to begin our conversation by thanking you for televising Friday night’s San Francisco Giants baseball game on your regular ol’ not-cable television station.

For people like me who have gone back to days of yore by using rabbit ears to tune in my television, it’s fun to actually get a chance to watch my home team instead of only being able to listen on the radio.

The Good Man and I celebrated by eating bratwurst for dinner to get in the mood.

I’d like to kindly remind you that your whole reason for being in Los Angeles Friday night was to video and broadcast the game on behalf of your home viewers.

You know, the residents of the Bay Area? The SAN FRANCISCO Bay Area?

See, here’s the funny thing, by and large, on Friday, your viewers in the San Francisco Bay Area were all actively watching your fine station in order to see the Giants play baseball.

You know, the SAN FRANCISCO Giants?

Why would I be this upset? Because %$!&ing Matt Kemp is a sonova$%#@ing player for the Dodgers!

How do I know this? Well, you see, I was able to take a gander at the front of his jersey. You might try this trick. Focus your freaking camera on him in every idle second, and you might get a close up look at the letters on his chest. Can you see it? Can you see it says D…O…D…G….

You are broadcasting a Giants game to Giants fans! Screw the Dodgers fans in the Bay Area! Who cares about them? They are not your core demographic!

And I give even less than a miniscule rat’s ass about all of the repeated views of Matt’s Kemp’s adorable little girlfriend Rhianna sitting in the stands.

Yes, we’re all very excited that Matt Kemp is dating Rhianna. Yes, she’s very cute. Yes, I know all you big sport broadcasting boys are squeeing with glee about the chance to film Rhianna sitting there with a hoodie over her head looking all cool. I know she’s like, oh my god, whoa, isn’t that the coolest thing ever, double squee!

Hey, here’s a cost saving idea! Why don’t *you* just use LA’s KCAL television feed for the next Giants-Dodgers game? That way I can, at the very least, listen to the dulcet tones of Vin Scully call the game.

At least that would be something interesting!

Saturday’s game is nationally televised on Fox. You know that that means? That means Joe Buck.

I guran-frapping-tee you that your crappy Friday night television coverage will hold up well by comparison to Joe freakin’ Buck’s uninspired and wooden-like call. I plan on feeling nauseated. Buck’s voice usually inspires that in me..

Because, NBC-11, you suck, but Joe Buck sucks worse.

And that’s something to build on.

P.S. These are my pants. They are cranky. That is all. 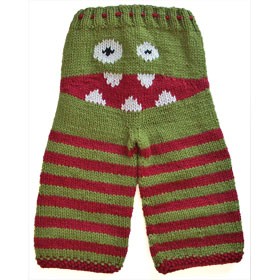