I was caught a little off guard at the overwhelming response to my “Top ten things I miss about Christmas in New Mexico” post from a couple days back. I’ve been thinking about it a lot, how cool it is that my experiences are familiar to others.

So since it’s been a *really* long week at work, I’m not sleeping well, acid reflux is at an all time high, and I’m physically and mentally exhausted….oh and cuz it’s Friday, I decided to come up with my top ten things I DON’T miss about Christmas in New Mexico….tongue FIRMLY planted in cheek, of course.

1) “OH MY GOD, SNOW IS FALLING FROM THE SKY, IT’S THE END OF THE WORLD!! I WILL DRIVE TOO FAST, RICCOCHET OFF OF PARKED CARS AND FORGET TO BRAKE SLOWLY, THUS SLIDING THROUGH INTERSECTIONS!” Yeah…my sister was a claims adjuster for a large insurance company for many years. Oh the stories she would tell after an Albuquerque snowstorm. You know, it snows at least once every year…why the freak out, folks?

2) The endless hearings of Feliz Navidad. In every store. On the street. In restaurants. I know I waxed rhapsodic about it a few days ago, but as with every year, after a few listens, I’m over it.

4) Another Kokopelli Christmas ornament. I am not one to look in askance at a gift from anyone, but damn, people! Christmas ornaments are a great gift, but change it up sometimes! How about a hummingbird? Or a fetish bear? I’m a southwest girl, sure, but the ol’ Kokopelli isn’t my fave guy. Plus, isn’t he a fertility bringer? Do I *really* need that?

5) Could it *be* any more difficult to park at Coronado Center at the holidays? Geez! (Ok, from what I hear, no one shops there anymore….but back in the day…it sucked)

6) Rasquache by the river. After I was into adulthood, my parents retired and moved to Los Chavez. They lived right near the river on the Bosque. It was kind of country out there and I loved it. But a lot of their rural neighbors would get their kids dirt bikes, ATV’s or new shotguns for Christmas…and of course they’d all run up and down the ditch roads trying out their new toys all day long. It was like a freaking war zone out there. It wasn’t *quite* country enough for all of that…

9) The not well organized Xmas display in my neighbor’s yard that stays up (and lit) until August. I am no electrician, but I’m pretty sure too many stacked up strings of lights in one feeble extension cord isn’t safe. Plus, does one yard really need a full size Santa with all three reindeer, a full on nativity scene with a plastic baby Jesus, and the sun faded flamingos? I mean REALLY!

10) That one funky hominy kernel in my bowl of posole that, despite resting in the pot all day with all his little corn kernel friends refuses to cook like a good hominy should. I mean, cooking down with pork and red chile is an honor, but nooo, you gotta stay like a rock and bust my back filling when I chomp down on you. Whatever! Just bring me good luck in the New Year and we’ll call it even.

You know, this list was a LOT harder to write than the last one. Guess that’s cuz Christmas in New Mexico rocks.

Enjoy, ya’ll, and have a happy weekend! 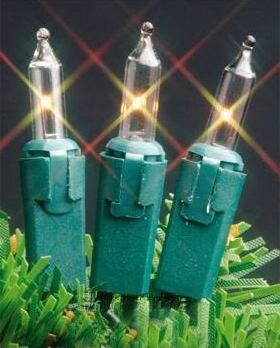