Plot devices that no longer work

Plot devices that no longer work

So, in the middle of the night last night, while I was *not* sleeping, I got to thinking about, well, phone booths.

And how there aren’t any around anymore.

Phone booths were such a key element to the plot lines of a LOT of books and movies.

For example, where would Superman be if not for the phone booth!

Where does mild mannered Clark Kent put on his blue tights these days?

Probably the bathroom at a Starbucks, but that’s not the point.

The movie “Crazy Heart” had a scene with a phone booth. It was by the side of a desolate road in New Mexico (playing the part of Arizona). It felt odd even in the context of the movie. It was in a weird location and had no wires leading to or from it.

It just didn’t work. The era of the phone booth is dead.

How many of our great stories told over the years involved a phone booth?

Or for that matter, payphones in general?

The lonely cowboy with a stack of dimes trying to get his lady on the line, rain pouring outside the glass phone booth, operator intoning “fifty cents please” in a nasaly voice. That’s literature!

And so then I thought about another lost plot device. The lockers in bus stations, train stations and airports. (ok, I already lamented their loss here, but I’m going there again.)

The movie “Desperately Seeking Susan” centered around the Rosanna Arquette character getting Madonna’s locker key that held her valise and that really cool jacket. Remember?

Yeah, we really don’t have those anymore, the quarter to rent a locker places. A few gyms have ’em and a local nature preserve has a few near the walking trails, but mostly people leave their stuff in their car or carry a backpack anymore.

Oh, and how about meeting people at the gate at the airport!?!

How many great, dramatic scenes involve someone stepping off a plane and a loved one, bad guy, limo guy, complete stranger, detective, etc. is there waiting?

It’s just not quite as dramatic to have the waiting happen down at baggage claim where you hope you find the right person.

Or heck, really going back, how about waiting out on the tarmac while the starlet decends the metal stairs. Nope.

I won’t EVEN start down the road of the loss of manual transmission cars (I covered it here), but do you think Steve McQueen’s hot little green fast back Mustang in “Bullitt” was an automatic? Oh no, I don’t think so.

I know, I know. I’m being a fuddy duddy and time must always march on. But as a writer, I lament the loss of ANY good device to keep a story moving along…. 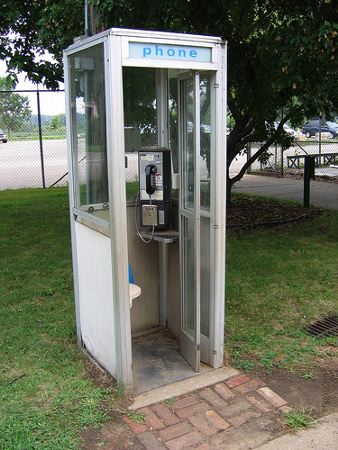