Pardon Me, Waiter. What Is this?

Pardon Me, Waiter. What Is this?

Over the past few days The Good Man and I had some things to celebrate, so we got out of town for a few days.

We headed up north and checked into a really fancy schmancy hotel. The Good Man had planned the weekend to be a surprise for me, and it was amazingly good stuff.

I’d been advised to bring one nice outfit for a night out, and so I did. Friday night I put ‘er on and off we went to dinner at a Michelin starred restaurant.

(In case all Michelin means to you is tires, a starred restaurant is a really big deal.)

So being the New Mexico hayseed that I am, I made sure I worked very hard to mind my manners, use the right fork and not laugh too loud inside this very expensive and fairly quiet restaurant.

Of course, that only lasted through my first Sidecar martini drink.

Once the sugary brandy took hold, all bets were off.

Which just happened to coincide with the end of appetizers, when our fantastic server began setting up our table for entrees.

Ok, so a nice sold fork was laid down. Good. Then kind of a funky scroll sided knife, but a knife nonetheless.

And then another utensil was put next to the knife. 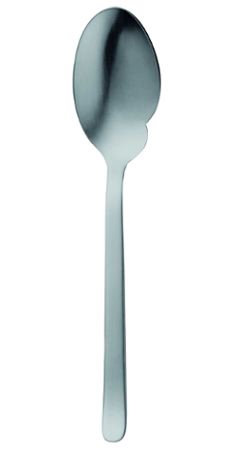 Shaped like a spoon, but flat like a knife. I was perplexed. I had NO idea what in the sam hell it was.

Then I watched the waiter lay out a similar place setting for The Good Man.

Before the server could get away I blurted out “Excuse me, sir? But what is this?” and held up the alien utensil.

He took a step backward. I reconsidered my manners.

“My apologies,” I said. “It’s just that my mother taught me all the forks, but I have no idea how to use this.”

He laughed, “It’s a sauce spoon, your entrée comes with a wonderful sauce and this will help you get all of it.” Then he showed me how to use it.

And, well, by god that flat spoon did work pretty darn good on that tasty sauce.

I mean, where I come from we sop up all the good sauce with a biscuit, but whatever. I guess if they want me to use a fancy spoon, I will.