I love this article simply because of the headline:

The Good Man and I have long debates about cities set on a grid. The very town where I grew up, Albuquerque, has a beautiful easy to navigate grid. I always figured it was due to the city’s start as a military town that roads are well organized into either north/south or east/west.

So simple. Easy. Really tough to get lost.

I gripe about the Bay Area and these roads that are all angled off to Joneses, changing directions midway and stopping suddenly. For example, there is an exit off of 101 where you have to choose the north or south bound exit. However…the road actually runs east west.

Combine this with California’s lack of mile markers and only sporadic use of street signs and I can go from zero to bonkers in about three seconds.

One of the many reasons I love Manhattan is that it’s set up on a grid. Navigating makes sense! A hayseed like me had zero trouble in the big city knowing where to go and how to get there. I never, not once, got lost while in Manhattan. And if I’m not worried about how to get there, then I relax and enjoy the journey.

The Good Man, on the other hand, has a brain that’s a lot more fluid than mine. Where I’ll draw a straight line, he’ll make expressionist art. He don’t need no stinking grid roads, he has a powerful innate sense of direction and an even stronger sense of joie de vivre when it comes to getting lost. He sees getting lost as a fun adventure. I see it as a teeth gritting bit of fear and misery.

Meanwhile both my brain and my road preferences tend to be a little more like the gorgeous city of Manhattan. 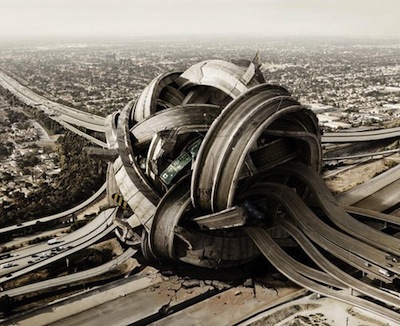