Last month when I visited New Mexico and stayed with my best friend, I made it a point to spend time visiting one-on-one with each of my two goddaughters.

They are ten and eight now, fully formed people, and their challenges go well beyond walking and eating and sleeping. The so-called “real world” has decided to come roost in their lives, and it is extraordinarily hard for me to adapt as quickly as they have.

My oldest goddaughter is incredibly intelligent and incredibly obstinate too (*coff*herfather*coff*). Her problem is that she is so smart and world savvy that she’s knows when someone is pulling a fast one or isn’t acting in the smartest way.

But she’s only ten going on eleven, so her powers to right the wrongs of this world are slim. So far, anyway.

She told me about how her new teacher this year is teaching the students a new approach to spelling. “I know how to spell, this is so dumb!”

And her teacher is making the students learn long division. By last year she had long division down cold. “Why do I have to do this all again!? It’s such a waste of time!”

So what do I do as the adult she’s looking to for advice?

Do I do the usual grown up thing and tell her that the grown ups are right and she should just mind what they say?

Because I can’t do that.

Do I tell her fight?! Fight to the end for justice!

No, that’s not good guidance either.

So I dug deep into my own experiences and came up with just this:

It was advice that was handed to me in my first year of work. Like my goddaughter, I was willing to take on every challenge, rail against the inefficiencies of the bureaucracy, fight the good fight for every injustice.

The mentor assigned to me, a very easy-going sort of fellow who was revered by the leadership of that company was the first to sit me down and tell me this lesson.

Figure out the fights that one, you think you can win and two are worth putting all the energy into. If it meets both criteria, then go for it.

And fight for the ones you can’t win if it really, really matters. But remember you can’t fight them all if you want to win any.

So I found myself sitting in the cooling evening breeze in the backyard of a Las Cruces home, imparting this same knowledge to a ten year old.

“Do you honestly expect the teacher is going to look at you and say, ‘wow, you are right, I was teaching it wrong. Let’s do it your way!'”

Her eyes went wide and she shook her head.

“So what are you trying to get to? What do you expect?”

She wants to be challenged. Ah, ok. There’s something we can work with.

I told my girl that life is going to be pretty tough if every day is spent digging in her heels.

And so all of that best answers the question posed by the idea generator today:

“If you could pass on a piece of advice that meant a lot to you when you received it, what would it be?”

I might be qualified to impart that wisdom from my position in the long and deep trenches I carry behind me, heels worn down to the nub. 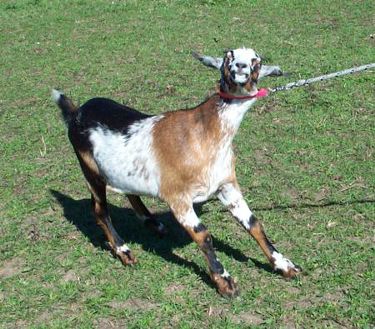