It’s what it means to me

It’s what it means to me

After scoring a just barely passing score on the citizenship quiz over at NewMexiKen, I was starting to maybe feel a little, well, un-American.

But then on the drive home, I got to thinking a bit. And something came across the radio that changed my mind.

It was the pre-game show for the San Francisco Giants at the St Louis Cardinals.

As you know, before each baseball game, it’s mandatory to play the national anthem. On this first of July night, in that fine midwestern town, the Star Spangled was performed by some children from a local elementary school.

And as those kids honked and wheezed their way through our nation’s anthem, the kid on cymbals at least a half beat off bombs bursting in air, the rest of the children blowing notes resembling my car horn, I felt a familiar sense of pride.

I love hearing caterwauling children shriek out the Star Spangled. I love third grade bands lumbering through the difficult tune with all the heart and gusto of Francis Scott Key himself. I both giggle and get a sense of solemnity at the same time.

Hearing those final words, “…the home of the brave”, the ump call “play ball!” and I settle back in a plastic stadium seat with a beer and a dog, that always gives me a safe, satisfied, proud feeling of being an American.

I realize that there are people living under tyranny, people who can’t get a fair election, people who don’t know where a next meal comes from because their stuff was taken by their government. Sometimes I can’t even fathom how hard that must be.

And ok, sure, I totally blew that there are 9 and not 11 justices on the Supreme Court. And ok, I muffed that senators last six and not four years….

But damnit, as we head into this Independance Day weekend, I’ll step up and say I’m as much of an American as I need to be.

I know that’s true, all because of a bunch of kids from Missouri and the magic of AM radio. 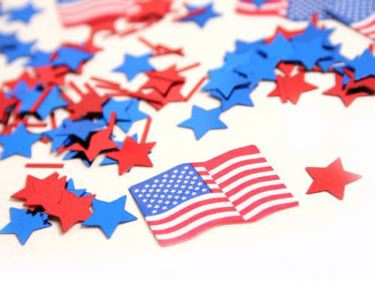