Whoa, whoa the Fourth of July…whoa!

Whoa, whoa the Fourth of July…whoa!

Been a little quiet here on the blog-o-rama since I was out and about all weekend.

Big fun. Well worth it!

Sure, I thought I could never top last year’s holiday celebration, featuring the viewing of fireworks from a Cessna aeroplane.

But this year went ahead and topped it.

This year, The Good Man and I loaded up the car and went on a road trip.

Reason? My amazing, world-class talented cousin wrote and produced a musical and chose this weekend for a family and friends weekend show.

Now, I had read an early version of the script, so I knew what to expect, but this show blew well past even my own expectations!

It was an amazing night, all around.

So there we were in West Hollywood…my cousin was wise and prescient enough to get us a limo (easy to corral a lot of family that way!).

We all got ourselves dolled up for the show and loaded up. Off we went, cruising the streets of Los Angeles.

So yeah, you know, on the Fourth, I got to emerge from a limo, in LA, on my way to this fabulous new show…

Yes, I was able to keep my skirt down as I emerged. Yes, I was also wearing chones. I also roll like that.

No one needs to know that really, rather than “emerge” from the limo, my high heeled foot slipped off the step rail, thus whacking the side of my foot on the way down and causing me to actually tumble out of the limo.

But in my memory, when I retell the story, I emerged gracefully, like an elegant movie star from a bygone era.

It was just all around, an amazing weekend that went by way WAY too fast. I got to be with my cousin, one of my most favorite people in the whole world. I got to be with family, I got to see a killer show, I got to hit a couple Hollywood hot spots, and I got to have another amazing memory to make with my fabulous husband.

I can’t ask for anything better than all that!

And now, here we are at Monday.

This morning, there is a line for the auto-espresso maker.

The light of day in the real world is always a bit of a let down, now in’nit? 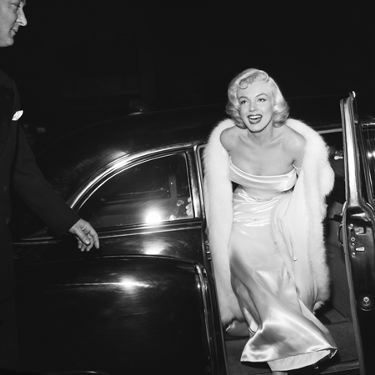