Yesterday I chatted about the faboo macro/wide glass lens kit I purchased from the good people at Photojojo.

While I sort of dig that little macro lens, I’m absolutely stunningly in love with the item I want to talk about today.

It’s an 8x telephoto lens for the iPhone.

If being able to get clear close up shots on the iPhone is a pet peeve of mine, then the lack of a real zoom puts me right over the edge.

The iPhone camera purports to have a zoom feature, but it’s really just a crop and zoom on the image, not an actual lens feature. So when the zoom is used on the iPhone camera, what you get is a crappy, noisy photo. This makes me cranky.

When I saw a random Tweet about this telephoto lens for the iPhone, I knew I had to have it.

It’s an 8x fixed length zoom. When using the lens you get 8x and that’s it. The lens comes with a focus ring, but that’s about it as far as bells and whistles are concerned.

Here’s the box the whole kit arrives in. Clearly they are striving for that Apple look and feel: 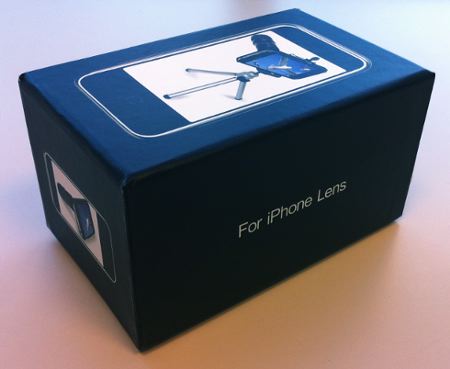 Here’s the kit that comes in the box. You get the lens, a case that the lens screws into for a perfect mounting and fit, a spring loaded tripod mounting device, and a small tripod (you’ll need the tripod, it’s really hard to hold this thing still as the lens throws off the balance): 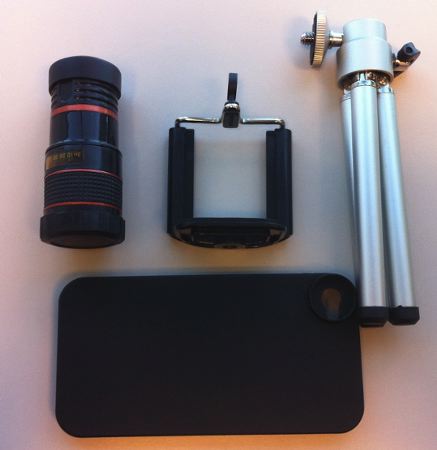 Here’s a closer shot of the lens itself. Those cute little focal length numbers on there are just for show and not useful in any way.

And here’s a view of the lens itself. Pretty sweet: 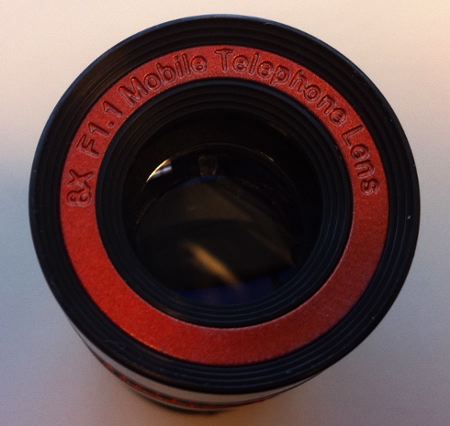 Here’s a good shot of how the kit looks when it is all put together. I was having trouble getting a decent photo to show the whole assembled kit, so I found one from a review on the ePHOTOzine site: 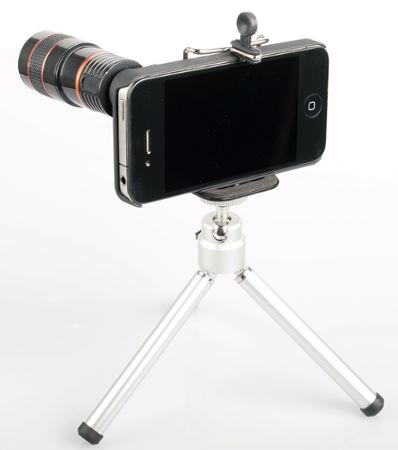 
This isn’t a high end lens for high end photographers, but it’s sure a heck of a lot of fun. I really get a kick out of playing around just to see what I can get. I really think that the realm of iPhoneography is growing fast. I’ve seen some amazing work already. Crazy how fast that phone in your pocket became more than just a phone.

Here are some sample shots I took a few weeks ago. These shots were taken from the balcony of a seventh floor room at the Fairmont Hotel in San Francisco. I love the depth of field I was able to achieve using this fun little plastic lens. There is no way the iPhone itself would have taken these kind of photos.

The first two I took using the Hipstamatic app. The third I used the Camera+ app to take the photos. 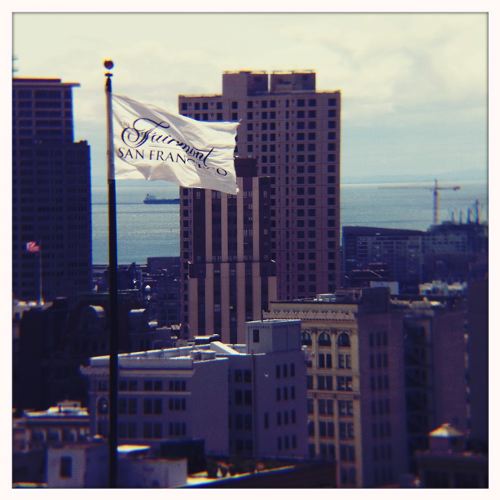 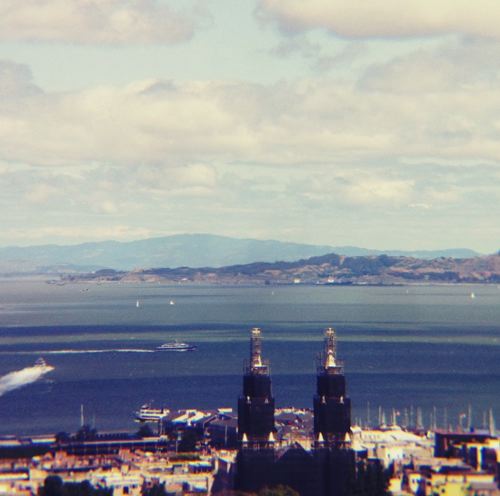 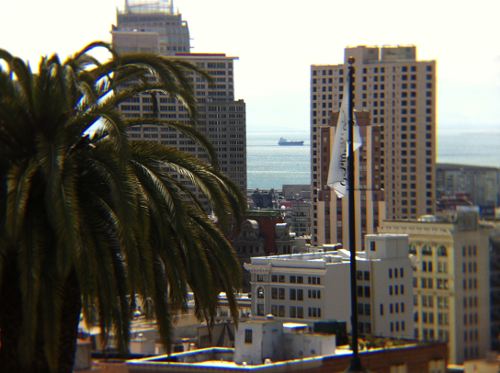 So upside of this little toy lens…it’s fun, it works as described, and at $35 from the Photojojo store, it doesn’t break the bank.

The downside, on some photos you can see the edges of the lens in the photo, but I was able to either crop or Photoshop that out in most cases (in the third sample photo above, I used the clone and stamp tool to remove, easy peasy).

Like the iPhone camera alone, the lens needs lots of light to help it along.

The kit can be a little cumbersome to assemble, as the case I normally have on the phone has to come off to accommodate the case that the lens threads into. That case isn’t really an everyday case, so that swapping around that can be kind of bothersome.

This lens won’t replace the zoom feature on any point and shoot with an 8x optical zoom, but it’s not supposed to. This little fun plastic lens is meant to be another tool to explore the bounds of the iPhone camera to see what you can create.

And for me, I’m rather head over heels in love with this little ingenious telephoto lens.

The first lens I bought arrived with some pieces of black plastic rolling around inside. I contacted Photojojo and they apologized profusely and sent a new one to me immediately. The didn’t require me to send back the old one either. Excellent customer service!

The good people at Photojojo simply impressed me so much with their products and customer service that I chose to write this review. They didn’t ask me to or pay me for my opinions. Just passing along a good thing.

Except as noted, all photos by Karen Fayeth and subject to the Creative Commons license in the right hand column of this page.