I mean, over the weekend, in fact, last night, I had occasion to make dinner for my husband. I admit, there is something so *deeply* satisfying to cook for my man, and even more so when he took a first bite and made a yummy noise. Gets right to the heart of me!

Ok, so here’s another way I may be a bit stodgy. Ladies, listen in here… The weekend just past was Labor Day.

And we all know what that means, right?

Of course, no wearing white after Labor Day. We can wear it again come Easter.

There, I said it. I know, I know, that rule is out of date and there is such a thing as “winter white” and so on.

To me, this rule really applies to two items of clothing…pants and shoes.

A nice crisp white blouse with darker pants is fine.

But pair that with white shoes? *gasp*

My mother, who was, in her day, quite fashionable (don’t scoff dear mum, I have the photos to prove it!), taught me the no white after Labor Day rule.

But then she also gave me the handy carve out that, since we lived in New Mexico and the weather stayed warmer in New Mexico than, say, eastern climates, wearing white a little bit longer was acceptable.

But no, I took the rule entirely to heart. Nope, nada, ain’t gonna do it! Back in my college days living in the sorority house, I was one of *those* girls who would point and gasp in horror when one of my sisters dared to sport a pair of white heels in the month of September.

I seem to have zero trouble following my own rule because…I don’t own a pair of white pants. Really, there are only a very select group of women in this world who should be allowed to wear white pants. The rest of us can sit out this fashion, trust me.

And I’m pretty sure I don’t own any white shoes either, if you don’t count athletic shoes, which I don’t. (and mine aren’t white anyway)

Pretty much, in my middle years, I’m less and less inclined to get uptight about this rule.

And what kicked off this whole train of thought was an article in Time discussing the origin of the rule. Turns out the history is a bit fuzzy.

Really, in fashion, to each their own, right?

(I’m looking at you, Lady Gaga) 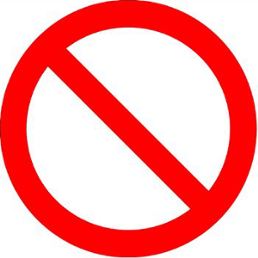